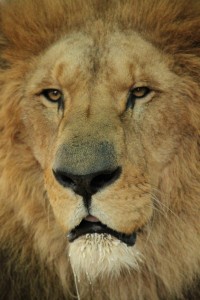 Long before graduate studies put the “Dr.” into the “Dr. Tom,” I was hired to minister to health-care wannabes at the Washington University Medical complex.  Part of the job description in those days was to engage in a kind of creative loitering designed to result in evangelization and “re-churching” the un-churched.

On a warm spring evening all those years ago, I accepted an invitation from one of the dorm floors to enjoy a supper of spicy hot chicken wings.  In the course of that informal meal, a young woman sat cross-legged next to me on the natural picnic blanket of college-kitchen grit and grime.  She politely struck up dinner conversation. As if to test me, some of her friends popped open some contraband Anheuser Bush products.  With the wide eyes of a nurse-in-training, she was clearly assessing to see if she could detect any of the telltale signs of cardiac arrest or seizures.  When it became clear that this campus minister wasn’t going to pass a kidney stone over a clandestine adult beverage or two, I somehow passed a test and became worthy of her trust.

It began to occur to me that Angie was looking for something more substantial than Buffalo-style wings.   We moved our talk outdoors on a peripatetic pilgrimage through Saint Louis’ bustling Central West End.  While our footfalls meandered past storefronts, shops, and restaurants, our conversation toured some of the landmarks in Angie’s life.  In the course of our exchange, she became aware of a deep hunger for something that had gone unnamed until now.  By the time we returned to her dorm, we had logged several miles, and our feet were sore.  But Angie’s journey was only just beginning.  In the years to come, she discovered that the conversation of that warm May evening would set loose a chain of events that would cause her, like Andrew, Peter, James and John in this Sunday’s Gospel (Matthew 4: 12-23), to leave behind the safety nets of everything that had been familiar to her.

Angie gradually became a fixture of the Catholic Newman Center.  She took to sacraments, prayer, and spiritual mentoring, the way that Nebraska farm kids take to football.  She was a natural.  I remember when Angie stumbled across the writings of the great Twentieth Century, Catholic prophet, Dorothy Day.  In the well-worn pages of the modern day saint’s autobiography (i.e.  Loaves and Fishes), Angie became convinced that seeing and serving Christ in the poor and broken people of this world was the central meaning of her life.

As I reflected upon the Gospel this Sunday, the phrase from C.S. Lewis’ Chronicles of Narnia kept popping up, “He is not a tame God”.  In this selection from Matthew (4: 12-23) , Jesus invited two sets of brothers, Andrew and Peter, James and John, to leave the safety nets of their fishing businesses, in order to follow him.  I don’t remember the legends about John’s earthly fate, but I am fairly certain that James, Andrew, and Peter, were martyred for their spiritual convictions.  The message I took from the scriptures this week went something like this:  “Warning!  Allowing yourself to follow the lead of God’s indwelling Spirit is anything but safe.”  God’s Spirit is not a tamed spirit.

Little-by-little Angie’s spiritual walk would lead her to volunteer her nursing services to the war weary people of El Salvador.  Following an inner-calling, she spent a tour of duty in the land-mine and disease-infested killing fields of Angola amidst the horrors of the aftermath of a civil war.  Like so many other saints, she surrendered treasure, possessions, and comfort to take up residence among the poor.  She currently practices as a nurse in a local clinic that serves uninsured families.  In the pages of a another article, I told the story of how she and Jenny provided a home, and adoptive aunts for a previously homeless working mother and her three school-aged children.

Her odyssey that began so innocently as a college student with a taste for chicken wings and mischief at the expense of a campus minister brought her to a no-holds-barred embrace of God who wears the face of the poor.  Now Angie’s life, like the disciples in this Sunday’s Gospel, serves as a warning to anyone who is even thinking about Baptizing an infant, or Confirming an adolescent.  Allowing an untamed God to occupy your heart, or the heart of anyone you love, is likely to lead to untamed consequences.

Inviting God into the interior room of your heart may not lead to the exact same kind of wildness that Angie has been experiencing.  It could look more like a fifty plus year old man who has been feeling an uncomfortable calling to rewrite his resume, and launch a whole new soul-satisfying kind of career.  It may look like a wife who feels a tug in her heart to upset the apple cart of her comfortable, but distant marriage in order to call her husband to a deeper, more intimate relationship.

This week, are you willing to listen to the untamed voice of Christ calling from the wilderness of your heart?  To hear it, you have to be willing to trade in your allegiance to comfort and predictability.  Those who heed this call become themselves…untamed.