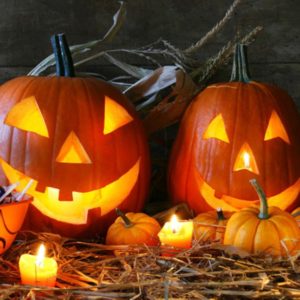 At around 2:00 a.m. on a Sixth Grade summer’s night, Halloween came early to our usually quiet neighborhood.  The gruesome night unfolded after some drug-impaired hit men had just completed their work at our neighbor’s house, and left the scene. As I waited at home, my dad and brother were the first responders to the blood-chilling cries for help.  Their later descriptions of the Halloween visual effects haunted my sleep for the rest of that summer.

Over the years, the trauma from that night waned. What remained was the outline of a Halloween story that would be told over and over again around countless childhood campfires.  I usually waited until the other boys or girls had completed their quaint tales of hitchhiking phantoms, terrorized baby-sitters, severed limbs seeking their owners, and other commonly traded urban myths.  The same thing always happened.  After I finished, someone would invariably ask, “Did that really happen?” When the discovery set in that this was not make believe, a collective shudder would pass through the circle that always outstripped the earlier fright from the make-believe stories.  My narrative always trumped the other tales because on one sickening Sixth Grade summer’s evening, I learned the “adults only” Halloween secret.

You and I live in a time and place where the dark sides of human nature can be overlooked for great stretches of time. The bio-medical sciences have stretched the boundaries of our life spans to ever further reaches.  The relative abundance that we enjoy has placed an arm’s length between ourselves and the kinds of skirmishes that crop up when people fight over limited life-sustaining resources.

But every-so-often the frightening dimensions of our human existence impress themselves on our consciousness.  A soldier arrives home having seen things that he’d rather not talk about.  Buried in the fourth page of the newspaper is a tale of another child slain just fifteen miles away.  And within the walls of so many of our homes, words are exchanged that no mother’s child should ever hear.  Despite the noble efforts of psychologists, sociologists, philanthropists, educators, politicians, and religious leaders, the frightening side of our human nature endures.

Psychologists tell us that the drive to tell ghost stories, or to create a holiday like Halloween, is to make tangible the worst fears of the human psyche—especially the fear of death. In making those fears explicit, the theory goes, the psyche transcends the fear.

During the darkest time of the year, many denominations of the Christian tradition celebrate the Feast of All Saints.   A saint is not a pie-in-the-sky Pollyanna.  Saints are realists.  They are fully aware of the adults only Halloween secret.  People that we call “saints,” (whether canonized officially or unofficially) are attached by a common conviction that the only thing that truly transcends and heals those monstrous parts of the human condition is an undying life in God.  Their behavior, attitudes, and habits are informed by that conviction.

We watch these people and tell stories about their lives, because in them we see examples of men and women who could pass through truly monstrous experiences knowing that they walked alongside a God who had conquered even the most monstrous of Halloween ghouls—death itself.   The saints’ lives (whether living on dead) witness to the truth that the most powerful weapons we have against the terrors of the night dwell within our own heart.