This week unfolded the opposite way from Simon and Garfunkle’s wimsical lyric in their 1960’s song, “Feeling Groovy.”  Instead of feeling “dappled and drowsy and ready to sleep,”     I had “many deeds to do and promises to keep,” writing a fresh article was not in the cards.  I re-submit this entry from several years ago.   Saddly, its contents are still painfully relevant.  Let’s resolve to pray for this wounded culture of ours, and make meaningful contact with someone (anyone) who looks different, thinks differently, votes differently, and lives in a different section of town.

An Advent Re-Run That is Still Unfortunately Relevant 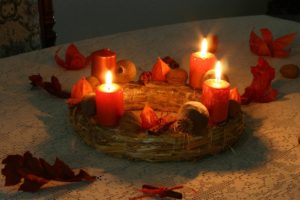 Where were you on the night of the Ferguson Grand Jury announcement?  What were you thinking when the Jason Stockley verdict was announced.  For Saint Louisans, those events are seared into our collective memories much the same as a former generations’ experience of JFK, RFK, and MLK’s assassinations.  Who can forget the surreal experience of a split screen TV simultaneously broadcasting a President’s calls for calm and peace, while tempers and flames were already licking through Ferguson, Missouri.

In an article written a cyber-century ago (August 21, 2014, The Atlantic) Robert P. Jones cited many surveys that noted America’s penchant for self-segregation.  Jones hypothesized that this was why one’s perceptions of Ferguson were so different depending upon which side of the color line you found yourself.  This article resonated with my experience.  In the last two weeks, I have heard a chorus of voices decrying a community that has lost control of itself.  The images seared into white, suburban American consciousness were pictures of a police car, and twelve businesses burning.  Images of a wayward young man strong-arming a shop-keeper, and then, unimaginably attempting to assault an armed officer of the law, cause head shaking disbelief.  In the midst of one of these conversations, a long forgotten memory showed up for me.

I found myself traveling back in time to a day when I engaged in some criminal behavior of my own.  Slightly younger than Michael Brown was at his death (17), I took an after school trip with some friends.  We drove into the country to an abandoned old two-story farmhouse.  There, we altered our consciousness, and proceeded to thoroughly vandalize that property.  In my reverie, I failed to notice that an old man had slipped into the house and stood two feet behind me with his pistol drawn.  He was full of a righteous anger, and probably a lot of fear.   His gun hand was shaking terribly.  The only word I clearly remember was his name for me, “Slime!”  He threatened to kill me.

He was clearly upset.  I was clearly in the wrong.  Looking back, I can see that this “abandoned farmhouse” may have been the place where he took his first toddling steps, ate at his mom’s kitchen table, sat under a Christmas tree.  Was this a home that had been in his family for generations?  Whatever it was, it was sacred enough for an old man to confront two large, and two medium-sized high school boys.  I can’t imagine how scary that was for him.  I know it was for me.   By the laws of the State of Illinois, that man would have been within his rights to shoot me, but he didn’t shoot me.

Despite the amazing disregard and violence I visited upon his property, I believe the old man found some shred of common humanity with me, and was able to restrain himself from shooting.  In the midst of remembering this episode, it occurred to me, “What if all the facts of this story remained the same, but I appeared to be completely “Other” to him?”  “What if I was a black kid vandalizing like that with my three buddies who were also black (two of them being football player sized)?”  If I were black, would he have shown me the same mercy?  A lot of African American parents, whose kids also act up like I did, have a clear answer to that question.

And this wasn’t the only illegal behavior during my high school career.   When confronted by a police officer on at least two occasions, over other illegal behavior, I didn’t go to jail where I would form bonds with criminals.  A rap sheet never resulted from these encounters.  I didn’t even have to lay on the ground.  I think Michael Brown becomes a flash point for so many African American parents because they, their nephews, their sons, didn’t benefit from someone sensing their common humanity when they screwed up. In many instances, they would be arrested and mistreated even when they didn’t screw up.   I think this is the tinder that Mike Brown and Darren Wilson sparked.

For my friends and me, “The Talk,” connoted the squirmy experience when a red-faced, stuttering mom or dad would walk you through the vicissitudes of the reproductive process.  Come to find out,  “The Talk” for an African American boy describes a signature experience in which a mother or father schools a boy in how to behave to decrease the chances of getting shot or arrested.  “Don’t run in public places.  Don’t run with something in your hand for fear you will be mistaken as a thief, or worse, that you have a gun.  Don’t leave the house without identification.”

I think the crux of what I am getting in touch with is that, despite many steps in the right direction, we still have a long way to go.  It is hard for many of us to fathom that we still do not all play on a level field.   I think the context of this conversation is ferociously important.  I think being born into an Indian reservation is to be born into a culture that has been systemically eviscerated for hundreds of years.  I’m not saying that a young Navajo can’t succeed.  I am saying that realistically, he has many strikes against him. Being born urban, poor, and black in this country is like being born into that Indian reservation.  Born into this setting, a person has more strikes against him than my impoverished grandpa had even with his being an orphan.   These were the words that my grandpa spoke to my dad about his view of the black experience in Central Illinois during his time.  My dad passed that quote along to me, and said that this is what motivated him to hire black men to do his contract work.

Without personal access to people who live on the black side of the color divide, it is hard to know the experience of a non-level playing field when it comes to law enforcement, housing, jobs, education, healthcare, safety, grocery stores in their neighborhoods, intact families…or in this case, what happens when a young black man breaks the law.  Being born urban, poor, and black in this country is like being born into that Indian reservation.

A revered rabbi I know said that the words,  “dialogue,” and, “Messiah” share a common Hebrew root word.  Based upon this piece of Biblical wisdom, one way to prepare the way for the Messiah is to engage in a more profound dialogue.  A modest proposal for Advent would be to turn down the volume on those voices that would promote more self-segregation as well as misunderstanding.  Perhaps we can engage in dialogue with those on the other side of the color line, and the other side of the intellectually gated community.  In the words of a wise old teacher, I suspect we could all benefit from engaging our ears more, and our mouths less.  Saint Francis of Assissi provided a prayer we could whisper at the outset of any such discussion.  It begins like this:

Where there is darkness, light.”