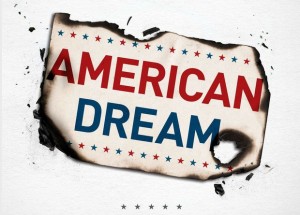 Our 1960’s home was nestled on a sleepy little street that ran beneath mature elm trees just outside the city limits, south of Springfield. This move was made possible by my dad’s career that was just beginning to pick up some steam. Good thing too, because it would take a lot of steam to catch up with my mom’s wildly successful stay-at-home career. Their old, tiny cement slab bungalow had grown way too small to acommodate her four young kids (not to mention all the other twinkles that my mom could see sparkling in her husband’s eyes). The fourteen hundred square feet of their new home doesn’t sound like much by today’s super-sized standards, but 514 Kern Street bought our family two stories of breathing room, including two and a half bathrooms.

This property clearly fulfilled the three most important rules of real estate. It had location, location, and more location. Mom loved that we were within walking distance of our school, church, grocery store, and barber shop. We kids loved, that if we found enough change under the cushions, we were within two minutes of the nearby Dairy Queen that also sold penny summer fireworks. The vast lot connected to the radio station down the street was perfect for flying kites. On Halloween, the disc jockeys would give away free 45’s to trick-or-treaters (To this day, I can’t believe that I received the top ten, Mama’s and Papa’s “Monday, Monday!”).

True enough, the location was great, but by far and away, the best things in our neighborhood, were the people. On the way to school, the owners of our full-service, local grocery store would greet us by name from their yard across the street from the store. If you went in to grab a clandestine 15 cent soda, or some gum, the long-standing employees in the butcher department, or the cash registers, would also greet you by name. On Sundays they sold home-made gooey butter cake by the slice. When a younger brother was caught red-handed boosting some chewing gum, the owner transformed himself into a juvenile justice officer, and worked out a sentence that included some hard time cleaning his windows and floors.

Across the street, an old couple would keep a watchful and amused eye out as they were entertained by the antics of three little boys who would frequently escape their nap time by crawling out the window to play with their trucks. To my knowledge, they never ratted us out. Next door lived a girl who started out as a baby-sitter, but soon became an adopted aunt/big sister. She enabled my mom and dad to go on dates, and even provided an extra set of eyes and hands on family vacations. Her mom would treat us to communion-sized, Altoid-like mints from a seemingly bottomless depression-era glass bowl. Like something out of another era, her dad would fix our shoes in his cobbler shop in the basement.

Like my parents before them, Mr. and Mrs. Slaughter must have noticed the Norman Rockwell landscape as they toured the house for sale two doors down the street. It took my dad several career moves, and a whole lot of hard work to move us into this neighborhood. With a toddler and a little baby, the young Mr. and Mrs. Slaughters must have felt proud and blessed to put a down-payment on this little piece of the American Dream.

I wonder how long it took for them to notice that what we enjoyed as the American Dream, would soon prove itself to be their nightmare? Within a week of moving in, tall fences went up around their next-door neighbors’ yards. Was it the first day or the first week when they figured out that nobody would speak to them? There were no de facto Jim Crowe laws in Lincoln’s home town, but back in the mid-Sixties, there were, apparently, unspoken boundaries that were not supposed to be crossed. Like Jackie Robinson refusing to stay behind the color barrier, the young, handsome, professional Slaughters found themselves on the receiving end of a kind of chilly punishment for refusing to stay where their culture said they belonged.

In this week’s New Testament Epistle, the reader was introduced to a character who refused to stay within the boundaries his culture had marked out for him (Philemon 9-10; 12-17). Onesimus, a slave, ran away, and stowed away with his master’s spiritual mentor, Saint Paul. In this letter, it becomes clear that Saint Paul’s faith and spirituality allowed him to stand outside of his culture. He not only noticed the humanity that his culture called, “property,” he went so far as to call him “brother.” In this impassioned letter, he asked his fellow Christian, Philemon, the slave-owner, to step out of his culturally bound views to free a slave, and to welcome him as family. In essence, he was saying, “While in Rome, don’t do what the Romans do. Do what a Christian ought to do.”

As I outlined earlier, my neighbors were good people. Like Philemon, when it came to race, their cultural embeddedness shackled the higher angels of their nature, and kept them from welcoming their brothers and sisters. One of my dad’s bright shining moments came when, like Saint Paul, he attempted to rip the cultural shackles off of his neighbors. If you subtract the unrepeatable words, in essence, he said, “You guys fought in World War II against the Nazis, and now, you boys are acting just like Hitler would want you to act. You should be ashamed of yourselves! You get over there and welcome your new neighbors.”

It took our church many, many more centuries of evolution to come to the maturity of Saint Paul’s convictions, and define slavery as immoral. Like Jesus encountering the Syrophoenician woman’s faith (Mk 7: 24-29)…like Paul encountering the faith and humanity of Onesimus…like my neighbors encountering the Slaughters…It usually takes an encounter with an individual that shocks us into seeing the limitations of a culturally embedded view. Who are the Slaughters in your life? Who are the Onesimuses who are waiting for you to accept them as spiritual siblings…as children of the Father of our Lord Jesus who has the whole world in his hands?