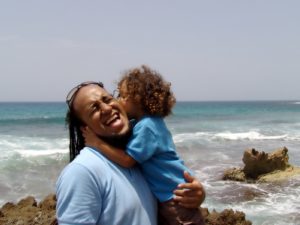 Year after year, I kept telling myself that one day I would start waking up earlier…so that my morning rituals could flow at a more leisurely pace…so that my children’s last memory of their dad as they step through the schoolhouse door, would be that of a peaceful, laid-back fellow, rather than the frenzied, hectoring, Darrin Stevens (Elizabeth Montgomery’s TV husband ’66-’69) sort of a man that had launched them every school-day of their lives for the last ten years.  Alas, something in my DNA always seemed to subvert this earnest intention.

I like to think of myself as a man whose life is informed by his spirituality.  But there’s something about being in a hurry, and corralling a carload of kids, that strips the veneer of holiness off of a guy.  I doubt that Jesus looked much like me when he was in a hurry.  “Peter, James, John, I told you ten minutes ago to get in that boat!”  “You forgot your lunch again?”  “If you’re thinking that I’m going to multiply loaves and fishes every time you forget your lunch…well…you’ve got another thing coming!”

Fortunately for me, my children seem to have always known how to take me in stride.  They can generally see through my tyrant’s mask to catch a glimpse of the best in their father.

I am thinking back to a humbling moment years ago on a Saturday afternoon.  In my role as “Coach Tom” of the Fourth-Grade basketball team, I found myself wearing a mask too thick for John Harry’s eyes to penetrate.  Just a few seconds before the half-time buzzer, my son launched a clunker.  As he came down, he got tangled up in another player’s legs, and landed on the hardwood writhing in pain.  When I came out to inspect his sprained ankle, it was starting to dawn on my son that the pain in his ankle felt vaguely familiar.  This was the same leg that he had broken several years earlier, almost to the day.  In his eyes, I could see the beginnings of a kind of panic…a panic that was fed by the automatic thought that this pain would continue to grow like it did when his tibia twisted and snapped like a green sapling.  Right there, in front of a bleacher full of fans, his eyes grew wider and wider, his wailing grew louder and louder.

This Sunday’s First Reading (Genesis 22:1-2, 9a, 10-13, 15-18) presented that famous father and son Old Testament story about Abraham and his beloved Isaac and that awful day of testing with the knife and the altar.  I have often wondered how this story would have been told if Isaac were the author of Genesis.  Classic stories such as these are loaded with layers of meaning.  From Isaac’s perspective, perhaps this story revealed the profound difference between the God of Abraham compared to the local Semitic deities of the time who required the ritual sacrifice of first-born children.  In this story, the contrast between the Hebrew people’s benevolent God and the local dark deities became evident.  God intervened and stopped Abraham from behaving like a religious man of that time and place.  The children of Abraham do not sacrifice their children.

Over the years, I have learned that what’s good for the gosling, is good for the gander.  Even though I am a full-grown adult, every version of who I used to be still exists within me.  At times, my tantruming inner-three-year-old shows up.  This immature part of me wants what he wants when he wants it.  At times the rebellious teenager shows up wanting to rail at a perceived injustice.  In moments like these, the tendency is to try to find Abraham’s old sacrificial knife to slay the immature parts of myself.  But I have discovered that this is the wrong pathway to mature masculine living.

Even when it comes to dealing with our own ego, even when it comes to sin, I keep finding that I must follow the gentle example of Christ who said, “Let the children come to me.”  Self-compassion, self-knowledge, and self-love are the tools of choice in dealing with parental miscues and mistakes.  The proper fathering of our girls and boys starts with the proper fathering of ourselves.

Write a letter to your daughter/son (or father) as if he were on a retreat.  Reflect on the gifts you see in her/him.  Express your love and affection for her/him.  Do not use this as an opportunity to give advice:  no negative humor, back-handed compliments, or sarcasm.  Pour on the unconditional love.

For the rest of the Lenten season, do one kind thing for your child or dad a day, whether he or she deserves it or not.  Do it whether or not your father or child expresses gratitude.  Do it unilaterally in the spirit of Saint Francis’ Peace Prayer.