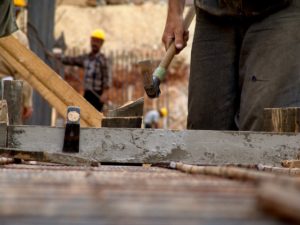 Centuries ago, a particularly virulent strand of parasitic DNA slipped, unseen, into the Wagner family gene pool.  For generations it hid coiled and camouflaged within the strands of our inherited chromosomes. Modern science has yet to produce a microscope powerful enough to detect this insidious genetic hitchhiker.  But through the generations, this intruder has intermittently left its telltale imprint on the souls and psyches of its hosts:  an unmistakable and irresistible predisposition for alcohol dependence.

For generations, the host families in the Wagner lineage suffered from the emotional and relational wreckage wrought by this demonic parasite.  Over the generations, a vast array of husbands and fathers were drained of their spiritual, emotional, and relational intelligence, leaving them stunted, angry, bewildered, and finally…alone.

It was during my adolescent years when it became clear to me that my dad was a carrier.  This otherwise creative, thoughtful man began to morph into some unrecognizable facsimile of his former self.  My extroverted nature, mixed in with a teenage sense of justice and outrage made me a favorite target for dad’s disease.  The combination of my father’s stocky build, along with an alternating respect and fear of dad, never allowed the diminutive teenager that I was to get the better of him in any one of our many fights.

Thanks to Al-Anon, and years of counseling, I came to understand the name for dad’s disease.  I also discovered a growing desire to forge some kind of relationship with him.  This desire coincided with my dad’s newfound abstinence from alcohol.

This Sunday’s Gospel (Matthew 20: 1-16) took up the same theme that was announced earlier in the First Reading (Isaiah 55: 6-9).  God’s ways are not our ways (vs. 8).  To make that point, Jesus described a business owner’s generous approach to employees who showed up late for work.  It is not hard to imagine the consternation of a work force who had been hard at it all day long, only to discover that they were being asked to stop what they were doing to train a group of late-comers.  And then, to add insult to injury, they discovered that their generous boss would be paying these late-comers a full day’s wage.

These were some of the feelings that I encountered as my now sober dad attempted to show up late to be my father and friend.  Without benefit of a recovery program, dad was still a creature stunted by decade after decade of alcohol poisoning.  Like the wage earners in this week’s Gospel, my sense of generosity was tested by my tardy co-worker/dad.  In order to welcome this latecomer into a new relationship, I would be required to train my own father.

I remember one evening early on in my career as a family man when dad arrived unannounced to a dinner party.  As he made his way through the door, he attempted to utilize an unwelcome, but familiar old insult for me.  While internally breathing in a silent prayer, I quietly informed dad that I would no longer tolerate that name, and that such language was not allowed in my house.  Dad angrily turned on his heals and spat out an insult.  I called after him, informing him that he was always welcomed in my house, but that kind of behavior was not welcome.

After repeated episodes like this one, dad got the picture.  With clear boundaries firmly in place, Dad and I enjoyed a relationship of mutual respect and fondness for one another that lasted until the day he died.  Little-by-little, I came to understand the limits of what my co-worker-dad could give to the relationship.  The use of reliable mentors, and a spirituality that included self-parenting allowed me to keep my expectations for this relationship realistic and manageable.

This Sunday’s readings clearly challenged you and me to make God’s strange ways our ways.  One way to do that is to show hospitality to the co-worker in your life (i.e. dad, spouse, adult child, friend) who has finally decided to show-up late.  As human beings, we are fallible and always in a process of becoming more of who we are supposed to be.  Therefore, our Christian spiritual journey will always require a process of ongoing conversion.  We can always become more loving, more generous, more dedicated to what is true and honorable.   And the process of conversion is not complete without a community of some kind to receive the new creation that we are becoming.  Each of us, to some extent, can acknowledge that, in some area of our lives, we have arrived late for some important work.  In these instances, we can acknowledge what a blessing it is to find merciful co-workers who are willing to accept us “better late than never.”  This week, we are asked to be the welcoming co-worker that we would appreciate if the tables were turned.

But as my story illustrates, welcoming the late co-worker does not require us to surrender our dignity in the process.  Frequently, the co-worker who is showing up late to work is a family member, a spouse, or a friend who is attempting to repair something they have broken.  In these instances, part of the work of welcoming has to do with outlining a clear set of respectful boundaries, and then gently, but firmly enforcing them over and over again.  For those who have suffered profound trauma (such as ongoing physical or sexual abuse, or serial infidelity), the proper setting of boundaries may require that a reformed brother or sister go elsewhere to find a community of co-workers who can receive the new creation that they have become.