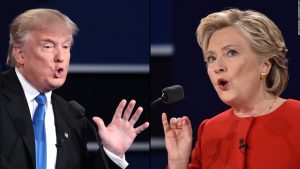 On a summer’s evening several years ago, a Michigan weather system somehow managed to find its way south to the usually steamy heartland of the Mississippi River Valley. Attempting to take full advantage of this rare opportunity, I sat on a late night dock enjoying a gin and tonic with one of my best friends and his younger brother.

This was the kind of starlit night that has inspired many a Disney animator. Tiny dots of reflected, blue star-light studded the glassy lake just below us. Overhead, an occasional satellite threaded a lazy pathway through the summer constellations. Amphibious musicians graciously provided background music, harmonizing with the occasional whippoorwill. I suspect that if a meteorologist did the math, he or she would find that, cumulatively, the Saint Louis area gets no more than two weeks of this kind of night-time weather per year. If you could somehow transform this Midsummer’s Night’s Dream into food, it would translate into an, “all you can eat” supper of ($50.00 per pound) wild Morel mushrooms washed down with Dom Perignon Champagne.

So, how did I savor this precious and rare resource given to me on this one enchanted evening? I would like to tell you that after my friends retired to their campsite, I woke up my wife and passionately kissed her under the starlit sky. “Perhaps,” you might be thinking, “he would at least revisit childhood memories with his old buddy, and toast the glory of days gone by.” But alas, this did not come to pass either. At the very least, wouldn’t you think a guy with a spiritual sensibility would observe a moment of silence to appreciate God’s grandeur…maybe even hum a few bars of “How Great Thou Art”? But that’s not what happened either.

As fast as a shooting star streaks across the sky, an errant comment set off a heated political conversation. If you are a conservative-minded reader, imagine that somehow you found yourself as a guest on a talk show co-hosted by Rachael Maddow, and Keith Olbermann. If you are more liberally minded, picture yourself on a set with Rush Limbaugh and Bill O’Reilley, being peppered with rapid-fire questions, and caustic observations.

The sound and fury generated by our nonsense caused the pond and woodland musicians all around us to hang up their instruments and turn in for the night. Somewhere in the midst of this fireworks display that created heat, but no light, the stars seemed to fade from the sky. And at the end, when all was said and done, I tossed and turned in my sleeping bag, thinking of the comment I could have said, should have said, wished I hadn’t said…the romance of that evening was thoroughly sucked away.

Are you from the Left or the Right? Are you a Dove or a Hawk? Did you vote for Hillary, or was Donald Trump your man? Are you a Democrat, a Republican, a Tea Partier, an Independent, or do you feel the Berne? Are you a Daily Show devotee, or a Dittohead?

It seems to me that it is not only our government officials who have forgotten how to work with each other, or talk to each other. Walled off into our self-selected intellectually gated media communities, we could all use a lesson or two on the give and take of dialogue.

In my college logic classes, we were taught that it was bad form to shift a debate from the issue at hand to accusations about an opponent’s character. It was called an ad hominem argument. Debate teams would lose points when they engaged in this tactic. Nowadays ad hominem arguments are the norm. Conversations on the radio have shifted from what is “right or wrong” into diatribes about who is “good or bad.” There are no longer any opponents, there are only enemies.

What is a spiritually animated person to do in such a mileau? I would like to suggest that if we utilize the tools of our Tradition, (i.e. The Bible, Ecumenical Council Documents, Encyclicals, Pastoral Letters, writings of saints, and theologians) we can discern standards by which we can judge the dialogue process. My belief is that if we attend to the how of our seeking the truth together, then the endpoint is more likely to reflect Gospel values.

Rule Number One: My Opponent is not My Enemy. Making judgments relative to the character of a public person rather than discussing the cogency of that person’s positions is not supported by Jesus’ admonition to love one’s enemies.
Rule Number Two: What Works at Home Works in the Public Forum. The rules that apply to every good relationship that you ever nourished apply to good public discourse. Where you see politicians, religious leaders, or pundits behaving like someone who could sustain a friendship with their opponent, you ought to consider reading what they have to say, or perhaps even voting for them.
Rule Number Three: No Caricatures Allowed. There is nothing more annoying than listening to a politician responding to a caricature of his or her opponent’s position. If I were moderating political debates I would force each candidate to summarize his or her opponent’s position before he or she could respond. The response would not be allowed until the opponent said, “That’s right. You said my point of view accurately.” Too often we allow our leaders, pundits, and candidates to talk past each other. Dueling monologues don’t work in politics anymore than they work in friendships or marriages.
Rule Number Four: The Larry Bird vs. Magic Johnson Rule. Remember how exciting the NBA was in the mid to late Eighties when year after year Magic Johnson’s Lakers battled Larry Bird’s Celtics? In retrospect those two athletes said that having such a skilled opponent lifted their game to new heights. A good liberal appreciates a good conservative and vice-versa because together they hold a creative tension for our society. Intolerant societies (whether they be families, churches, or governments) are like airplanes with one wing. Instead of lifting us to new heights they stay tethered to the earth flying in circles around the same boring terrain.