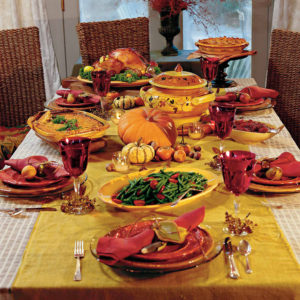 Ten adults came pouring out of the quaint, two-story, wood framed house into the brisk Autumn air of Webster Groves, Mo. It was as if they had simultaneously broken some hypnotic spell, and had come to a common awareness of a potentially deadly gas leak. Car doors flew open and clapped shut. Five crank cases ground in unison as engines urgently came to life. Tires squealed, on the damp pavement as five couples took to those sleepy suburban streets like NASCAR drivers furiously exiting their respective pit crews.

It was different in August. Back in the steam bath that is a Saint Louis summer, these same five couples ploddingly negotiated four separate prayer/discussion meetings that would span the length of the first semester of 2006-2007. After exploring dozens of potential combinations, we five couples with our school-aged children, and our ten careers had successfully navigated the Rubik’s Cube of our calendars and arrived at a winning combination. Collectively, we felt like sand sculptors who had just completed a masterpiece. We understood how fragile our completed work really was. After more or less spitting on our hands and shaking on it, we agreed that, short of death, we would stick to what had been decided come what may.

Little did we know in those lazy, hazy, crazy days of August that we had scheduled our October meeting on the night of the fifth, and potentially decisive, game of the World Series. But a deal was a deal. The meeting must go on as agreed. Still, I couldn’t help feeling a little jealous as we dropped the kids off in front of the big screen TV at our friends’ house. There our kids would watch the World Series together, while two baby sitters watched them, along with the rest of our prayer group parents’ kids.

Bill and Mary, the host couple, had put together a moving and thought provoking discussion/prayer group format. It was just that they hosted the meeting in the same room where the television beckoned from just behind the wooden cabinet doors of their entertainment center. Eventually, nature called one of our members away from the gathering. “It can’t hurt just to check the score,” the remaining members reasoned. The screen came to life at the bottom of the seventh inning. As the score came into focus, it dawned on all of us that the Cardinals just might win the Series in the next half an hour.

And that is when we and our cars were swept up into a kind of chaotic, yet harmonic convergence. Everyone in that room came to an immediate, and intuitive consensus. If the Cardinals were going to clinch the World Series, we wanted to be together with our kids. We concluded our prayer service auctioneer style and did our best collective impression of Mario Andretti.

Moments later, children were perched on hips and shoulders. Feet were dancing. Knuckles were bumping. Hands were slapping. Arms were hugging. It was hard to distinguish adult from child.

This Sunday’s first and third readings (Daniel 12: 1-3; Mark 13: 24-32,) were cast in that pre-Advent apocalyptic style that seemed about as far away from the spirit of a celebration as you could imagine. In the Gospel, Jesus described ominous events: the sun growing dark, the moon losing its glow, the universe being shaken, and stars falling from the sky.

The five couples in our prayer group have known the kind of calamities described in these readings. Jim, who has suffered with mental illness knows what it is like for the sun to grow dark when you cannot trust your own perceptions. Bill and Mary, had recently come to learn that infertility would prevent them from enjoying the reflected glow of children in their lives. The natural grieving that accompanies such an insight caused the moon to temporarily lose some of its shine. Not long before this evening, cancer, and the threat of death, had caused the personal universe of Bob and his family to be shaken. Cheryl has described how, to a certain extent, her star has sort of fallen as a result of her chronic fatigue syndrome.

This Thanksgiving, people will feel the call, like my friends and I did that night, to be with their families. Around countless tables people will gather to give thanks. Many who are gathered will express their gratitude despite a heart burdened by sadness, loneliness, or anxiety of one sort or another.

This Thanksgiving, I offer you a humble thought. In this world that our Sunday readings described as having some pretty rough edges, sometimes the act of giving thanks is an act of resolute courage. And the “thing inside” that compels us to sing the hymn or savor moments of grace is the quiet presence of God in communion with our soul.