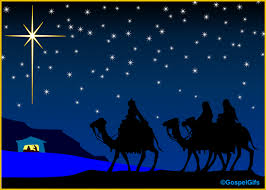 In the Illinois’ Department of Transportation’s Golden Years, before safety and emissions inspections, in the days when automotive dinosaurs still roamed the earth, my brother Bob and I rumbled around in a rust infested jalopy straight out of the set of a Mad Max movie. These were the days prior to vehicle donation.  And so, the previous owner of our car was faced with a two choice dilemma: euthanasia or abandonment?  Fortunately for Bob and me, she chose the latter.

Being the sons of a salesman, Bob and I were two sparkplugs short of a charge when it came to mechanical knowledge.  As college students, we possessed even less money than automotive acumen.  And so, when something failed to function, Bob and I either learned to do without it, or applied a creative, hillbilly solution.  Those were the days of parking downhill for a pop-start.  “The passenger side defroster doesn’t work?”  No worries, a flexible piece of tubing held tightly over the functioning-driver’s-side vent, channeled by hand to the passenger’s side dash-board, provided just enough warm air to de-ice an 8’’ by 12” porthole.

Our dual-car ownership days coincided with the 1980’s blockbuster film, “Gandhi.”  It seemed to us that our vehicle shared something in common with the biographical star of that show:  a great spirit in a frail old body.  Our car came to be known as “Mahatma.”  With the aid of duct-tape and God’s grace, our Mahatma-rod served us nobly, if not always faithfully, until that sad night when the dash-board melted.  If we could have constructed a Hindu funeral pyre, and honored the old soul of that car by launching its burning corpse on the Gangi River, we would not have hesitated for even a moment.

That car was a relic from a bygone era when “good enough” was…well…good enough.  By the time I took a job counseling college students in the early 1990’s, things had changed.  Most students no longer drove Mahatma-rods.  Through the modern miracles of financing and debt, college kids were driving cars that only their more financially secure parents would have driven in years gone by.  As a counselor, I kept noticing the same story over and over again.  Rather than driving an old wreck, like my brother and I, modern students were being driven by their debt until they were left feeling like an old wreck themselves.  In addition to homework and classes, these burdened students were frequently working a full-time job just to keep up with their car payments.

This Sunday, we listened to the classic Epiphany Gospel selection (Matthew 2: 1-12) in which the three Magi followed a star, and delivered gifts of gold, frankincense, and myrrh.  After worshiping Christ, they “went home by another way.”  A dozen years ago or so, I listened while a famous televangelist interpreted this Gospel selection.  By his way of reckoning, the significance of this passage had to do with the intensity of Joseph and Mary’s faith that brought financial prosperity to their doorstep.  The implication was clear.  If you just have enough faith, then like Mary and Joseph, you can expect the Magi to arrive in some form or other dispensing a heaping helping of financial prosperity.

A friend of mine, we’ll call him “Mick,” subscribed to an update version of this Oral Roberts/ Jimmy Swaggart/Deepak Chopra-Ayn Rand way of thinking.  Several years ago, he stayed a week with us.  He observed how much I enjoyed cooking.  He also observed my Mahatma-rod-style stove that sported only three reliably functioning burners, and a fourth that cut in and out depending upon its mood. He became convinced that I suffered from a deficit of faith.  With real belief, we could cast away our broken down old oven the way crutches and wheel chairs are thrown away at old time faith healings.

The spiritual experiment was on!  I clicked my heals together three times, swung a dead cat around my head, plunged my hands into stump water, and said, “I believe!”  Actually, I simply purchased a “0” interest credit card, and for the first time in my life, I bought something on a credit card that couldn’t be paid off by the end of the month.

Years after that, we still had our way cool (or is that “hot”?) range and oven.  We also still had our unpaid bill for it.  Through the miracle of modern financing, we were able to transfer our balance several times to other “0” percent interest credit cards, forestalling the day of reckoning.  To make a long story short, I found myself missing our old Mahatma-rod-style oven, with its fickle old personality, sitting in our kitchen all feeble and finicky, and paid off.

As I revisit that experience, and the life’s lessons attached to it, I sit across from the very same oven except that it is no longer new.    Like the cars in our garage, it no longer has a new smell, or a new look.  Like our cars, it has many miles on its odometer.  It no longer works like it once did.  One more important attribute it has in common with our road-worn automobiles, is that it is paid in full.   Years ago, I had to relearn just how priceless “paid off” makes a thing.

Here on the feast of Epiphany, it occurs to me that for many, many years, our culture had been setting its course by the glistening lights of an errant star. A ubiquitous philosophy of consumerism had come to define our national consciousness.  Back before houses became super-sized, when children shared bedrooms, and families shared one TV, and only four channels, when patriotism was not the same thing as consumerism, people were not less happy than they are now

The true message of Epiphany was that the Magi were not so much the gift bearers as the gift receivers.  The true gift was Christ who brings a peace that our consumer-driven world cannot provide.  Perhaps there was a gift embedded in our country’s financial woes of several years ago.  As we cashed in our spare change, and looked for ways to cut back, many families came to understand that the real things of value glitter within the human heart, not in a portfolio, or an entertainment center.  When a crisis befalls an individual, a family, or a nation, the opportunity embedded within that crisis is to uncover the true source of our greatness.  In those moments, Like the Magi, we are called to find the transcendent, yet indwelling presence of God hidden in the unexpected places, and experiences of our lives.

One Reply to “Epiphany”