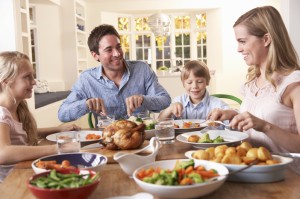 A little less than a year after John Harry came into the world, Lisa had to go back to work.  And so, unlike his first-born sister, my second-born son had to learn to drink from a bottle.  Years earlier, when faced with the same dilemma, Lisa rented an impressive machine that allowed her to pump milk, which was frozen, and later, reconstituted on demand.  It wasn’t so much that she minded being turned into the equivalent of a human Holstein.  What really bugged her, were the many occasions in which too much of the liquid gold was thawed, and then had to be discarded.  And so, when John Harry was calved, it was determined that she would nurse him when home, but we would formula feed him when she went back to work.

That decision created an opening for many father and son moments like the one that occurred on a camping vacation when my boy was a little less than a year old.  Just as the nocturnal animals were tucking themselves in for the day, my son awoke to the symphony of birds inviting us to come out of our tent and play.  His chubby little body was supported by my left hand, while my right hand prepared his bottle over a camp stove.  I’m not saying that I always greeted his early morning stirrings with enthusiasm.  I have discovered over the years that it is more often a sense of duty, than fickle fleeting feelings, that propels proper parenting.  But what I have also found, is that once the snowplow of parental conviction pushes fatigue aside, space is created for deep bonding.

After filling up on a warm mixture of formula, and affection, John Harry nestled into my shoulder as I picked up my bible and prayed through the readings of the day.  The Gospel, selection, was all about a dad (i.e. Zechariah) and his baby son, who shared the same name as my boy (i.e. John).  A line from that reading, jumped out at me.  It was the universal question on the heart and mind of every reflective dad with a baby on his arm, “What will this child be?” (Luke 1: 66a).  I found myself, like John the Baptist’s dad, Zechariah, praying a heartfelt benediction over this pudgy little bundle (Luke 1: 68-79).

When my family awoke, I invited them to come with me to a scenic overlook near our campsite.  Standing on that holy ground, his big sister, his mother, and I recalled his Baptism as we poured water over him and blessed him and the unfolding journey that lay ahead of him.

Now, you may be thinking, “Stuff like that is fine for frustrated priests like Doctor Tom, but what’s this have to do with me?”  It seems to me that, like Zechariah, each and every parent in our tradition exercises a priestly mission relative to our children. It doesn’t have to be something so dramatic as a sacramental reminiscent of Baptism, performed on a scenic over-look.  Since the incarnation, death, and resurrection, every single meal over which a parent presides, has a Eucharistic dimension to it.  Each and every meal prayer, each and every bedtime prayer, every sacred ritual, whether explicitly religious or not, communicates divinity.

Several years ago, I found myself reflecting upon the sacred words and rituals that we use as a family.  Our tradition teaches that God is love (1Jn 4:8).  The ways that a family ritually communicates love, then, are a kind of liturgy that little-by-little sculpts a soul into the image and likeness of the One who is love itself.

I believe that such homey little rituals as these, perform a kind of evangelization.  When a child, who has been through a few hundred rituals like these, and later hears about a God who delights in them, it is not a stretch for them to grasp it.  Down in their bones, they know what it is like to be the object of a father or mother’s delight.

What are the sacred words and rituals that communicate love in your family, in your marriage, in your community, or in your friendships?  As children age into adolescents, have those words or rituals changed?  In my family, the peanut butter and jelly ritual sometimes elicits an adolescent eye roll, and the observation, “Isn’t it a little strange that this peanut butter and jelly sandwich is eating itself?”  (I always acknowledge the point, but always push through the playful resistance).  Who has sculpted your soul through repeated rituals of forgiveness, repair, affection, and love?  Where are you exercising your priestly function through sacred words and ritual acts of love?