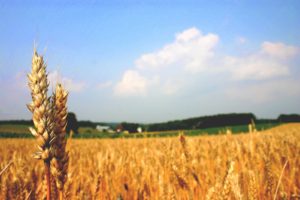 Carl Jung, that great protégé of Sigmund Freud, was an avid student of. “archetypical experiences.”  Over and over again, he found themes in his studies of psychiatric patients that mirrored the classic stories of world literature.  He noticed classic experiences that appeared to transcend the boundaries of time or culture.  Whether home-sweet-home is found on the savannah or in the city, way back in the Industrial Revolution, or in the current Information Age, certain tell-tale experiences, mark the journey of our human existence together.

Back when my oldest daughter, Annalise (now 22), was in high school, she and I would periodically find ourselves caught up in a signature archetypal experience.  The outlines of it will strike readers of a certain age, as teeth-gnashingly familiar.

Annalise:  Dad, I’m going out with Haley, Sarah, and McKenzie to a party tonight.

Dad:  Where is the party, and who’s throwing it?

Annalise:  Why should it matter?  I’ll be home on time.

Dad:  Because I have to call the parents to check out the chaperoning and supervision arrangements.

Annalise:  Dad, you can’t do that!  I’m not in middle school anymore!

Dad:  If you choose to go to the party, you’re choosing for me to call the parents.  You know by now how this works.

Annalise:  Can’t you just trust me for a change?  None of my other friends’ parents do that!  It’s so embarrassing!

Dad:  I do trust you, it’s just human nature I don’t trust. If you want to go to the party, I need to know who these parents are, and I need to talk to them.  It’s that simple.

Annalise:  You are by far the strictest parent of any of my friends.  Not just strict! You’re controlling!

I’ll spare you the rest of this predictable conversation, but suffice to say that it concluded with Annalise comparing me to a famous Twentieth Century fascist.  There was something in that utterance that took me back to a moment several years earlier, outside the Beluga Whale Tank at Shed Aquarium.  As I stood there regarding one of these amazing creatures, it appeared as though he was regarding me as well.  I remember thinking, “Through all of that thick glass, how do I appear to him?  What does he make of me?”

It didn’t take long for my dissociative moment to evaporate.  In place of a Beluga Whale on one side of a perceptual divide, there was a member of Homo Sapiens Adolesciens (my daughter).  On the dad side of the glass, I saw myself as the kindly person who had schlepped my daughter, fed her, kept her clean, and hugged her for a decade and a half.  Clearly, on her side of the glass, there was something that made me appear Mussolini-like. In one way, this creature who I called, “daughter” occupied the same space as me, but in another way, like my marine friend years earlier, she occupied some other world just behind the opaque developmental/perceptual glass that separated us.

As far back as Aristotle, we have known that the human ability to take a step back, and reflect upon our perceptions is one of the crowning achievements of human evolution.  This capacity allowed me to wonder how I appeared to my momentary whale companion.  To imagine that my Beluga-friend was pondering the same question about me would be engaging in some kind of anthropomorphizing projection.

The developmental psychologist, Robert Kegan, synthesized Jean Piaget’s work on cognitive development by combining it with the findings of attachment research.  Like me, standing in my kitchen with a fourteen-year-old, he noticed, that people across the life-span occupy the same geographical space, but not necessarily the same cognitive, or developmental space.  A toddler is a very different creature than a seven-year-old.  In some ways, a fourteen-year-old inhabits a very different world than a twenty-two-year old, or her father.

Out to dinner the other night, a debate broke out.  With great pride, I noticed my twenty-two-year old switch gears out of a conflict with her fourteen-year-old sister.  Moments earlier they were parrying, feinting, and crossing swords over some minute point that my adolescent daughter was going to win at all costs.  It took a while longer than I might have wanted, but eventually, I could see the wheels turning in my young adult’s head.  Without saying it, I could see the thought bubble over her head:  “Lizzie will not see my point of view, because she can’t see my point of view yet.”  The girl who would not, and could not see her father’s point of view when she was fourteen, had now traveled a developmental pathway that allowed her to regard her newly minted teenage sister with compassion and understanding.

This Sunday’s Gospel (John 12: 20-33), contained one of scripture’s most renowned aphorisms. “Unless a grain of wheat falls to the ground and dies, it remains just a single grain, but if it does die, it produces great fruit.”

Each and every time we are able to step back and empathetically regard our dialogue partner’s reality we are engaged in a process that is one part, developmental achievement, and one part grace.  Because each and every act of empathy, or compassion requires some measure of a small death to self.  Each and every time I take a step back and realize that my position, my cause, my way of constructing the world is only one system within a universe of systems, I am engaged in a small moment of letting go:  a death to self.

At this moment in time, the world is hungry for developmentally mature women and men who are willing to take a step back, and die enough to self to take in the reality of another with an abiding sense of respect and love.