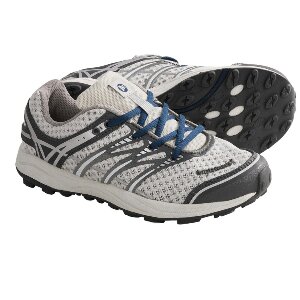 Within my first semester of seminary studies, a biblical professor took a pause from his lecture to tell us a story.  “I had a classmate who would have made a great priest.  He was pious.  He was smart.  He had real qualities of leadership.  He decided that he just had to get married.  So he left the seminary.  He ended up being like a firework that fizzled.  His life never quite worked out for him.  When God gives you a calling, you ought to think twice before you say, ” ‘No.’ ”  In those days, comments like these would stick with me, and caused me to stick with priestly formation for six years, despite data that pointed in other directions.

During those six years I spent in the seminary, the same conversation cycled around again and again in spiritual direction.  Exasperated by another encounter with a charming and beautiful woman who would have made a perfectly acceptable FMW (Future Mrs. Wagner) I would voice the same complaint, “Priesthood seems to fit me in every which way, except for the celibacy!”  Like one of Cinderella’s ugly stepsisters, no matter how hard I tried, I just couldn’t get those celibacy shoes to fit me.  One day, while telling a thoroughly secular friend about my dilemma, a prophetic clarity appeared.  “So Tom, let me get this straight, you say, ‘If it weren’t for the celibacy, priesthood would be just right for you?’  Isn’t that a little bit like saying, ‘I’d make a great Major League Baseball Player, except for the fact that I can’t hit?’ ”

On the strength of this logic, I determined to talk turkey with my spiritual director.  “Brother Mike, what would you say if I told you that I want to leave the seminary?”  Without skipping a beat, Brother Mike said, “I’d tell you that there’s a job opening for a youth retreat director at MAC (the Marianist Apostolic Center, now called Marianist Retreat and Conference Center).”  On that very night, Brother Mike and I drove thirty miles out to the retreat center for my first interview.  Within three weeks:  (a) I took a new job; (b) left the seminary; (c) moved into an apartment in the Delmar Loop (a decidedly un-seminary-like, Bohemian neighborhood near Saint Louis’ Forest Park); (d) began a career as a lay minister in the Catholic Church.

In the 1980’s, professional lay ministry was a relatively new career pathway in the church.  I remember trying to explain to older relatives what I did for a living.  First, they’d squint, then they’d tilt their head sideways, then they’d ask a clarifying question or two, “So you’re a Protestant minister now?”  “Is this some kind of volunteer work?”  “When are you going back into the seminary?”

Over the years, I noticed that each and every time I attended a professional meeting of my fellow lay ministers, the same thing would happen.  During the unstructured parts of these meetings, a group of colleagues, about ten years older than me, would gather.  Inevitably, they would begin to vent with one another about the meager wages for the gargantuan amount of hours they were working.  They would also describe the glass ceiling that would eventually confront all of us, since the prerequisite for church leadership in those days involved ordination.  After a couple of years of noticing this, I decided that I did not want to be venting like this ten years hence, especially if I found someone willing to be the FMW.  I enrolled in a master’s degree program in counseling, followed by a doctoral program several years later.  I reasoned that I could still enjoy a life of service, informed by my Christian spirituality, but I could potentially make an adequate living for a wife and kids, and maybe even enjoy some degree of autonomy and leadership.  And low and behold, in place of firework fizzles, there’s Lisa, and Annalise, and John Harry, and Lizzie, and a career that keeps me awake and on my toes every day of my working life.

In this Sunday’s Gospel passage (Luke 16: 1-13) Jesus told a parable about a crafty servant.  Caught red-handed embezzling his master’s money, he put his intelligence toward the task of lining up a second career option.  A healthcare accountant I know once told me that a hospital rarely gets an insurance company to pay the hospital’s full fee for services.  Almost every billing episode involves getting the insurance company to pay some percentage of what is owed.  Apparently, that’s the way things worked back in Biblical times too.  By getting a large percentage of what was owed his master, the servant showed himself to be capable.  His cleverness earned him a second chance in his master’s corporation.

Each and every time we pray, “Thy will be done,” we are saying that we want to have a job in God’s kingdom.  We are making ourselves available for any task, or any vocation God would have us do.  What I have noticed over the years, is that my old seminary professor had it wrong.  Just like “there are many rooms in my father’s house (John 14), there is great flexibility in God’s will.  There is room for our likes, and dislikes.  God is not offended by our initiative, but actually celebrates it.  Most frequently, when we ask, “God, what do you want me to do?”  Like the best parent, or grandparent you know, God most often says, “What do you want to do?  I’ll get busy and work alongside you, and bless it.  And like the story of the steward who got a second chance,  if you make a mistake, we’ll see if we can’t make something good come out of that mistake.”

The atheistic existentialist says “For God to be God, we have to surrender our freedom and be less than human.”  In contradistinction, Jesus, the author of something called, “the good news” says, “I call you friends, not slaves” (John 15).  God delights in your decisiveness, your intelligence, your free will…even your cleverness.  There isn’t just one way to live out this “wild and precious life of yours” ( Mary Oliver).  There is room for your autonomy and genius in building up the Kingdom of God.