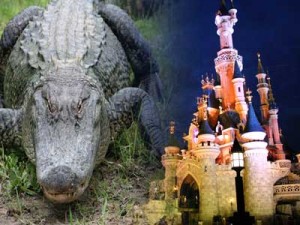 Some old timer’s will remember the phrase, “If you believe that one, then I have some swampland in Florida to sell you.”  That aphorism would be put into play just after someone made an assertion that stretched the bungee cords of believability to their limits (as in, “The Cubs look like they’re going to win the World Series this Year, and if you believe that one….”).  There was a time when swampland in Florida was considered to be useless…without value. By extension, an agent trying to sell it to you, probably wasn’t doing you any favors, even at rock-bottom pricing.

Somehow a wily salesman from the swamps of Florida must have captured Walt Disney’s imagination.  Where others saw a useless wasteland, he saw gold.  Soon, the swamp was drained, alligators relocated, and property values all around the Magic Kingdom skyrocketed.  Billions of dollars later, it’s hard to remember the risky nature of Disney’s transformational dream.

Around the time that Disneyworld opened, my father-in-law had the foresight to invest in Walt’s idea.  He bought a time-share just over the fence from The Magic Kingdom.  Thanks to the twin visions of Walt, and my father-in-law, each year, my family takes a spring break trip to Central Florida for a yearly dose of sunshine, outdoor sports, and relaxation.  I am grateful that Mr. Disney had an eye for fixer-uppers.

In this Sunday’s Gospel (John 4), the reader was introduced to one of Christendom’s most well-known fixer uppers. Where others saw a woman from the wrong side of the tracks, Jesus saw pure gold.  After her encounter with him at the well, the Samaritan Woman became one of the very first evangelizers, convincingly introducing friends and neighbors to something called, “The Way.”

Transformational ideas can show up in the twinkling of an eye—even the vision for a subtropical theme park in Central Florida.  Translating vision into reality requires time, resources, commitment, and a team of people who share in the same vision.  For someone like the Samaritan woman in this week’s Gospel selection, making a transformational life’s change requires a similar long-term investment.

As you read the Gospel stories about him, it is clear that Jesus had a soft spot in his heart for down-and-outers, for sinners, for society’s cast-offs.  Jesus reached out to them, with the transformational vision of membership in a dawning kingdom.  When you meet one of these people, like the woman in this week’s Gospel selection (John 4), you can see why a supportive church community had to be built around them in a hurry.

A single woman in Jesus’ time and place would not have had any means of supporting herself without attaching herself to a man.  To leave a bad relationship, and a lifetime of serial monogamy, a stable community providing the means for financial support would have been essential.  Likewise, leaving the habit of psychological dependency on undependable men would have required the firm structure of a supportive community where the Samaritan woman could learn new habits of mind, heart, and instinct.

Over my years of practice, I have found that each one of us has an area in our lives reminiscent of the Samaritan woman at the well.  It is a place where we get stuck.  It’s a place in our lives that seems swamp-like to us.  For some, it may be a relationship with one’s chronically overweight body where even dreaming of a change seems like an invitation to despair.  For others, internalized critical, and even demeaning messages get in the way of dreaming bigger dreams, and reaching for a further sharing of joy.

At this moment, I sit typing underneath indigenous cypress trees dripping with Spanish moss, right next to date and coconut palms planted over thirty years ago.  It occurs to me that I sit here because a man had the audacity to entertain a transformational vision of change.  Where others saw a useless swamp, he saw potential.  What’s more, he had the courage to assemble a community of support and resources around that vision.

Is there an area in your life that could benefit from God’s transformational vision…especially in an area that seems swamp-like to you?  Would you be willing to invest in this transformation by intentionally building structure around this vision of change?  In other words, would you reach out and seek the long-term help of men and women who have the capacity to assist you in realizing this vision?