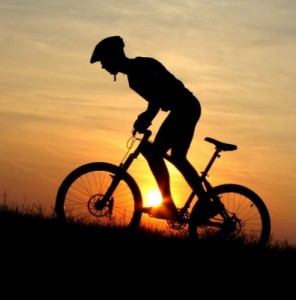 We darted downhill together. “That’s right John Harry, get as much speed as you can!” “Keep going! That’s it! One-two-three, one-two-three…” “You’re doing it! Just a little more!” My son made the summit and exclaimed in amazement that the hill, in fact, had told him something after all. In response to the question, “What did the hill tell you?” My son responded, “I’m more powerful than I thought.” Until one month ago, each and every time I have pedaled my bike up an incline, I have listened to the lesson of the hill, and always heard a voice echoing back, “You are much more powerful than you thought.”