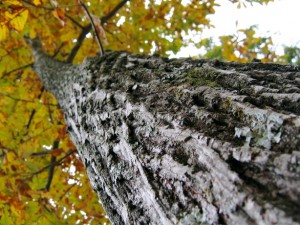 Back when my life moved to the soothing rhythms of the academic calendar, summertime represented, not only a change of pace, but a necessary opportunity to boost my annual income.  Each year, I would take on a new, seasonal, revenue-generating alter ego.  Over those years, I was known by many summertime aliases: Western Union Operator Tom, Painter Tom, Maintenance Man Tom, Tom the Groundskeeper.  But of all the summertime pseudonyms over all those years, none fit me better than the title,  “Landscaper Tom.”

I am thinking of a moment several years ago in which Lisa informed me that she needed to take a weekend to head north, near her hometown of Medford, Wisconsin. This weekend journey was necessary to fulfill her duties as Confirmation sponsor for one of my nephews.  When she made the offer, Annalise, John Harry, and Lizzie jumped at the chance to visit their northern cousins.  Having procured the necessary approvals, it was decided that I would stay home and return to my former occupation, and identity.  After twenty-two years in retirement, Landscaper Tom (LT) was back in business.

On a brisk, but blue April Saturday morning, LT woke up humming an old, familiar Monty Python tune, “I’m a lumberjack and I’m okay, I sleep all night and I work all day…”  Humming all the while, I donned the kind of clothing that befits such classic lyrics.  With my manly arsenal of rope, chain saw, axes, and shovels, I set to work severing the mature Bradford Pear Tree in our front yard from its seventeen-year-old root system.

Normally, I am not one who looks for opportunities to cut down perfectly healthy trees.      And there are few trees in this world as pretty to look at as the Bradford Pear.  But anyone who knows anything about this species knows two things.  First, despite its name, this tree produces nothing that could be mistaken for respectable fruit.  Second, it is made of an unusually soft wood.  At a certain point in its maturity, when the strong winds blow, and the hard rains lash, its soft wood will give way, and the prettiest tree on the block will split and splinter like a bewildered beauty contestant in a math competition.

This Sunday, the camera lens of John’s Gospel (John 14: 23-29) zoomed in on Jesus at that moment when the strong winds were just starting to pick up, and the hard rains of betrayal, rejection, and death were beginning to lash at him.  Firmly rooted in an abiding relationship with His Father, and a profound sense of mission, Jesus neither split nor splintered.  His fidelity was made of solid timber.  Just before going to his death, he offered his disciples the gift of His peace (vs. 27).

About three weeks after my LT adventure, Annalise was to receive her Confirmation within the same week that she would graduate from eighth grade.  Now I knew which gifts had the powr to make my fourteen-year-old Confirmanda squeel with delight:  a Justin Beber poster, a Justin Beber CD, or a Justin Beber second-class relic (i.e. a Styrofoam cup touched by his lips, a used tissue, etc….).

In the pages of another article, I asked the question,

“How can I intentionally shape a suitable memorial for nodal moments in my family’s life?”  In that essay I described my conviction that the ways in which we sacramentalize the important events of life, through a gift, a letter, or some other gesture, have transformational power.  A gift or gesture given with intentional love can become part of the lens through which our loved one views the world, and/or themselves.

Both of my daughters, like their mother, are as pretty to look at as a Bradford Pear Tree, but that’s where the comparisons end. Over the years, I have come to see, that like Jesus, my not-so-little girls are made of strong timber.  As Annalise was set to move into the next phase of her life, I want her to see herself as I see her.  I wanted the frame of her inner self-portrait to contain a picture of strength.  I knew that nothing grows strong timber like remaining rooted in the one who gives life in the first place. That’s where the flower and fruit of everything worth having comes from over the long haul.

And so, in my front yard, in a spot where a Bradford Pear once waited to be splintered by a storm, a memorial to my daughter’s ongoing spiritual, intellectual, and physical growth thrives:  a tree.  Over the decades, I want that slow-growing hardwood to stand as a symbol of who Annalise is—one who is rooted in a peace that the world can neither give nor take away.  Like the tree that will shade this front yard, I pray that when the storms come, and the winds blow, she will stand laughing in the rain, and flexibly swaying in the breeze.