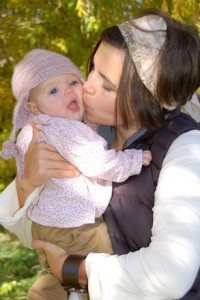 Somewhere on this planet there must be an Adult Children of Counselor’s (ACOC) recovery group for kids like mine who have grown up with a therapist-parent.  Let me give you a window into what my children have to put up with….When a sibling conflict breaks out, I wait and watch.  If John Harry, Lizzie, and Annalise’s efforts at negotiating a mutually acceptable détente fail, they are forced to participate in a thing we refer to as a “peace conference.”  These ad hoc meetings are called to order when voice volumes escalate beyond acceptable decibel levels.  During these moments, I insist that the warring parties sit on the ground across from one another.  Next, the participants take turns speaking their piece while the other is forced to listen.

Interruptions are not permitted.  If Annalise is the listener, then she is not allowed to respond until after she has paraphrased John Harry’s position.  Only after John Harry agrees that she understands his position is she allowed to state her response.  Then it becomes Annalise’s turn to be the speaker, and the same rules for listening are imposed upon John Harry.

I recall an old Lakota Sioux saying about not being able to understand someone until you walk in their moccasin’s for one moon.  My peace conferences are really a structured attempt to get my kids to try on his or her sibling’s moccasins for just a little while.  What I have learned from these peace conferences is that the longest distance on earth is the distance between one child’s moccasin’s and the moccasins of another child.

When it comes down to it, children, at their core, are primarily self-interested.  A parent’s job is to build a developmental bridge that stretches, on one end, into the self-focused world of the child.  Gradually (and painstakingly) a parent attempts to escort the child across that developmental bridge to the other side—to the world of empathy and other-centeredness.  An old counselor like me might attempt this task through things like mediated peace conferences.  But good parents are constantly performing this bridging task in a hundred different ways.  Each time a child is asked to help with a family chore, or to call home when plans change, he or she is being ushered a little further toward the other side of that bridge.  Whenever a child is coached to pass a soccer ball to a teammate, that child is learning a subtle lesson about subordinating his or her agenda for the greater good of the team.

When we fail to acknowledge that part of ourselves that is like a little child, it remains in our unconscious. Things that are split-off and forced down into our unconscious have a way of driving our behavior.  In this state of unawareness, it is as if the inner child has gotten hold of the car keys of our psyche.  When we listen to and acknowledge the presence of that part of ourselves, and bring loving understanding to it, that adult part of us gets the car keys and steering wheel back.  With the right amount of self-compassion, and loving/self-understanding, ego-driven feelings and behaviors have a way of melting just a little bit.