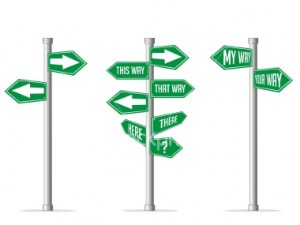 Not many kids get to hear the story of their own conception.  I think given the option, most would prefer to remain in blissful ignorance.  For my kids, any conversation that even suggests romantic contact between their mom and dad, leads to the rhythmic boxing of their own ears while chanting, “I’m not listening,” or, “Too much information.”  In many ways, I have sympathy for my kids.  Being the children of an autobiographical essayist/counselor/father has its drawbacks.  They had to know that eventually, I would feel compelled to write about that precise moment when the twinkles in their parents’ eyes began to translate into chromosomal activity.

Holy Thursday, for us, will forever be known as, “Lovie Day.”  It was on a Holy Thursday twenty-three years ago, when Lisa finally began to recognize something more than a Platonic, filial love for her fellow choir member, Tom.  On that night, great rivers of divine love were gushing through the Newman Center Chapel pushing Lisa and me closer and closer together.  Perhaps someday, a team of scientists will create a battery, or a turbine to capture that kind of divine energy and transform it into electricity.  Until then, as Lisa and I discovered, the human heart will have to do.

It would take more than a year for the fruit and flower of a romantic relationship to fully emerge from the seed sown on that night.  But invisibly, unmistakably, one timid tendril at a time, a root system began developing that would eventually support a relationship, then a marriage, and then one child, and then another, and then another….

On a Lovie Day Night, several years ago, Lisa and I gathered up our kids and returned to the very same chapel of their spiritual conception.  Just like every Sunday, I cajoled my kids into taking a notebook and pen with them to Mass.  During the Homily, they were to answer the dual questions, “What did the priest say?  How does that make a difference in my life?”  And just like every Sunday, my first-born introvert crafted a two-page essay that was at least as good as the Homilist’s message.  Right there, in black and white, was proof-positive that the power of Lovie Day had made its way into my daughter’s heart and mind.

My extroverted son, on the other hand, was more accustomed to crafting essays with his mouth than with a pen.  In stark contrast with his sister, on that night, he would only write a sentence if I poked him with my elbow while pointing to his near-empty page.  I poked four times; he wrote four sentences.   As I examined John Harry’s nearly empty, tabula rasa notebook, I felt my heart sink just a little.  I was afraid that my son was missing out on the grace and power of this sacred night, that eighteen years ago, transformed my life, and created his life.

In this Sunday’s famous passage, ( John 20: 19-31) the viewer watched as Jesus arrived with wounds and tangibility for his concrete-operational old friend, Thomas.  Later in John’s Gospel, the reader hears Jesus speaking to his disciples in a language that his hard-working fishermen colleagues could understand.  He came with fish, and a charcoal fire, and homemade bread, and forgiveness.  In yet another section of the same Gospel, the reader sits alongside Mary, a woman accustomed to sitting at Jesus’ feet and listening.  For this deeply contemplative woman he revealed himself to her by pronouncing her name in that distinctive way that only the two of them could really understand.

Just like many years earlier, the services on Holy Thursday, 2009, concluded in a darkened, stripped church.  As the choir’s voices fell silent, and we wrapped-up our prayertime, my wife and I began gathering up our things to leave.  As we prepared to exit the pew, we noticed that our son was not moving with us.  He knelt, statue-still, unaware of our presence.  I waved my wife along to give him some protected time.  That’s when I noticed the weeping.  “What’s going on buddy?”  It seems that, while I was measuring spirituality by paragraphs on a page, God was busy writing on my son’s heart.  What Christ did for Thomas, for Peter, for the fisherman-disciples, and for Mary too, Christ did for John Harry.  In the darkness of that chapel, God swung back around and showed up for my son.

It is hard to grasp the generosity of God.  Just when I think I know God’s ways…and have mapped out the one reliable way, I am always surprised by the divine ability to take an unexpected route.  I suppose that if a book were written to capture all of the unique, and clever ways that God comes to people, the world itself would not be big enough to contain that book.  To an introverted teen-aged girl, he comes as if to Theresa of Avila through writing and reflection.  To a writing-averse little boy, he comes confessing his love in a darkened church. To a young man seeking a life’s mission, he comes in the form of a beautiful young choir member, who first holds his hand during the Lord’s Prayer, and then, little-by-little holds his heart and his vocation too.

One Reply to “More Than One Way”