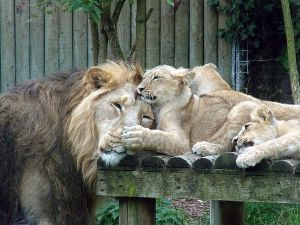 I’ll never forget what my friend Greg said when he met my Filipino-American children for the first time, “Tom, looking at your kids, I can’t see any evidence of your genes in there.”  Maybe I should have been offended, but I have had practice with comments like these.  Back when my kids were little, on mommy-free outings, inquisitive bystanders would approach me and inquire good-naturedly about the nation-of-origin where I adopted my kids. Practiced, mischievous answers about service in foreign lands, and doing the right thing by my babies’ mommies have generally ended these conversations pretty quickly.  I wonder how Joseph dealt with comments like these when he was out on mommy-free errands with Jesus?

About six years ago, with the first thick snowfall of that season, came irrefutable evidence of something other than Filipino ancestry in my youngest daughter.  At that time, Lizzie was four-years-old.  Her apparent inborn affinity for the slopes could not be explained by anything that her tropical ancestors had contributed to her genetic portfolio.  Clearly, her German-Polish dad’s DNA was like a primordial force of nature drawing her to those snow-covered slopes.   At the same age, several years before that, my first two kids would approach a snowy hillside with the kind of trepidation one might expect of someone whose ancestors were more accustomed to spear fishing than slope gliding.

Not Lizzie.  Her looks might say, “Made in the Philippines,” but her snow instincts were all Winter Olympics.  She would waddle in her snow pants to the top of the run.  Next she’d flop, belly first, onto her miniature green sled.  After that, you’d hear an ongoing, continuous scream of delight, loud at first, growing more faint as gravity hurtled her down the slope.  The effect of the high pitched sound, and the petite mobile rocket careening down the hill, reminded me of one of those cheap little 5 cent whistling fireworks I would buy when I was a kid.

What our kids learn from us, and what comes pre-wired in their little souls is a topic of perennial interest.  This Sunday, many Christian traditions celebrated the, “The Feast of the Baptism of the Lord.”  This feast, both caps off the Christmas season, and presages the upcoming Lent/Easter seasons.  In the Gospel selection for this Sunday (Mark 1: 7-11), the reader met an older version of Joseph’s boy, Jesus.  The Christian tradition is crystal clear about what was wired into Jesus’ soul—he was both true God, and true man.  But as Mark’s Gospel transported the reader to the banks of the Jordon to observe the very beginnings of Jesus’ public ministry, I couldn’t help but think about the early experiences in Joseph and Mary’s lives that would later condition how Jesus would carry out his mission.

Sitting at the rivers edge with Mark, watching a young adult Jesus plunge into his ministry, it was easy to contemplate future scenes of the ministry that awaited the young Messiah.  I was thinking about how later in his life, he would meet a woman considered fit for stoning by a vicious, self-righteous mob.  I couldn’t help but remember that Jesus was born of a woman who could have suffered a similar fate three decades earlier.  Jesus was Joseph’s boy.  That meant that he was raised by a man who would never let self-righteous, misogynistic interpretations of the law touch a woman, even, when for a brief moment, Joseph’s own heart was broken.

In the readings this December, we heard how, in the earliest part of his life, Jesus was the child of illegal immigrants.  He was raised by a man who knew what it was like to feed and shelter a family while dodging the authorities on foreign Egyptian soil.  This Sunday, sitting on the banks of the Jordan, I’m thinking of how differently Joseph’s boy would treat foreigners than a typical man of his time and place.  In his parables, foreigners would be cast as heroes (e.g. “The Good Samaritan”).  Syrophoenicians, Samaritans, and even Romans found healing from the Nazorean carpenter’s son.  I have to wonder if something of Joseph and Mary’s experience as foreigners and fugitives influenced the way that the young adult Jesus would carry out his mission.

As a clinician I know that, historically, the pendulum has swung back and forth between “nature” and “nurture” explanations of personality development. More recently, a wide variety of research has begun settling this dispute with a “both…and”  explanation.  Like my Filipino kids, people do come into the world pre-wired with distinct personalities, preferences and pre-dispositions.  But it is also true that a child’s experience profoundly shapes how his or her pre-wired self unfolds in this world.

In Catholicism, right before communion, there is a prayer in which the priest asks God to remove any “useless anxiety.“ As a clinician, I often run into parents who suffer from a kind of useless anxiety that has to do with a nagging thought about their own inadequacies and failures as parents.

This Sunday’s readings reminded us that our children, like Jesus, come into this world with distinct destinies to fulfill that were not placed their by earthly parents.  Like Joseph and Mary, our job is to help them discover and live out that mission as best we can.  But like the Holy Family, we won’t always be able to protect them from life’s harsh circumstances, or even our own mistakes.  One of the blessed insights from this week’s readings was that God will use even harsh circumstances (even parental failures) to unfold what is supposed to unfold within our kid’s lives.

One Reply to “Nature and Nurture”