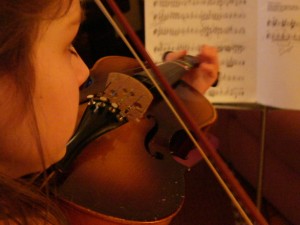 Baseball is hard on parents. First, as every statistician knows, it is so excruciatingly measurable. There are no assists or passes. You either did or didn’t catch or hit a ball. Second, no other team sport requires beloved offspring of tender years to stand in a solitary spotlight for such prolonged periods. Even if a child should strike out on three consecutive pitches, the time elapsed would be sufficient in other circumstances to, say, boil an egg, or crisp-up a piece of toast. Ninety seconds can be a long time when the apron string wrapped around a mom or dad’s heart is being pulled taut by a child’s lonely stint in the unforgiving glare of the batter’s box.

To make matters worse, every parent knows that, unlike competitions on massive fields, or noisy courts, parental words of encouragement or direction can definitely be heard by their young athlete. This kind of auditory proximity often leads to the unfortunate consequence of further blurring the boundary between the child’s performance, and the parent’s anxieties. The temptation to influence the outcome of their progeny’s performance through impromptu coaching or psychotherapy can overwhelm the rational faculties of otherwise judicious moms and dads.

I remember the precise evening when my son (then in Third Grade) pitched his first baseball game. My parental heart-strings were being tugged like a fly rod at the height of trout season. To my boy, this game represented the first step toward realizing his dream of pitching for the Saint Louis Cardinals. Preparation for this game began several months earlier, when John Harry took his hard earned money to a nearby used sporting goods store. There he purchased an adult sized catcher’s mitt for a Father’s Day gift. I spent my summer mornings before work catching and/or shagging eight-year-old versions of two and four seamed fastballs.

As my son took the mound for the second game of the double header, I knew what this moment meant to him. As a result, it meant so much to me. If the volume of a parent’s words of encouragement could add velocity and accuracy to a ball, my son would have easily surpassed the Bob Gibson range on the radar gun. Dr. Tom could not shut up.

After the pubescent voice of the willowy umpire yodeled, “Play ball,” my son went into the well-practiced wind up I had observed a few thousand times this summer. In the twinkling of an eye, I pictured my son walking in the seven runners that would trigger the mercy-rule limit to end the inning. It was a shame that the charming little dream of playing in the major leagues had to so quickly find its way to the dustbin along with the other broken toys of childhood.

While I began crafting my speech to comfort him, the sound of a ball popping into leather was accompanied by the umpire’s yodel, “Strike!” “Not a bad pitch,” I thought to myself. Several volleys later, the first batter took his seat, followed by a succession of other mighty Casey’s who were unaccustomed to coming up empty in seasons past. The game ended in triumph. I filed my consolation speech for inevitable later use.

This Sunday’ Gospel parable (Luke 16: 1-13) was all about a steward that was as devious, and clever as the coach of the New England Patriots. The scripture scholar, Carroll Stuhlmueller (Biblical Meditations for Ordinary Time, 1984, Paulist Press) boiled this complex passage down to one simple question. Why is it that we Christians so often demonstrate great initiative and energy in worldly enterprises while conversely, appearing lackadaisical and indifferent when it comes to spiritual enterprises?

A partial answer to this question can be found at the scorekeeper and statistician’s table. We tend to pay attention to what is measurable. Great energy is expended in acquiring wealth, at least in part, because it is a way of “measuring up.” Time and treasure are invested in preparation for a career that provides identity and often, a sense of status.

Spiritual riches, by way of contrast, are elusive entities to measure. You know a spiritually mature person when you see one, but they tend to resist the spotlight. Their relationships lack drama and entertainment value. Peace, patience, joy, love, justice, and service to the poor do not tend to capture the attention of the National Enquirer.

I am aware of the great amounts of energy and time that I have invested in coaching my kids so that they could at least partially realize their dreams. I think there is a spiritual dimension to these kinds of choices. But in light of this Sunday’s Gospel, I am asking myself questions about my investment of time and intelligence in spiritually coaching my children. For example, do my kids know their way around their bible as well as they know their positions in soccer or basketball? Besides practicing a sport or musical instrument twenty minutes a day, are they practicing a morning offering, or an evening litany of gratitude? Do they have favorite scriptural passages that they can turn to when the going gets rough? This week, I am asking myself the question, “what am I doing to coach my kids and myself in practicing the presence of God?