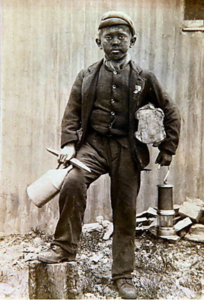 In his bestselling book, TheSecretsoftheHappyFamily(2013), Bruce Feller described how happy families tend to carve out time to tell their stories. In particular, they tell the signature stories of resilience. They don’t shy away from recounting the times of someone tracing a course through one of life’s dark valleys, and what they had to do to emerge. Feller asserts that these stories provide the psychological and spiritual scaffolding upon which current family members can construct their own resilient lives. Stories like these communicate two important unconscious messages: (1) in our family it is not the end of the world when you find yourself in painful circumstances; (2) in our family, we tend to get through hard times.

Like any good family, each week, the church carves out time to tell its stories. This week, the church ends the liturgical year just before Advent with The Feast of Christ the King. The Gospel selection (John 18: 33-37) will take the reader right into the heart of a sequence of events that would terminate in the crucifixion of Christ—not an event normally associated with a coronation.

From a certain point of view, this resonates with our human experience of living. The royal blood that flows through a person’s veins does not make itself evident in the good times. It is during life’s challenging chapters that we see what a person is “made of.”

Fans confer “royalty” status on an athlete when he or she has overcome some sort of adversity. You didn’t have to be a Boston Red Sox fan to respect Kurt Schilling’s 2004 AL Pennant “bloody sock” performance. In 2006, even a Detroit Tiger’s fan had to respect how David Eckstein, and Jim Edmonds battled through their grimacing pain on their quest for a world title. To this day, New York Knicks fans consider Willis Reed’s 1970, game 7 of the NBA championship to be the greatest sports moment in the history of Madison Square Gardens. He played on a severely injured leg against basketball’s most prolific scorer, (i.e. Wilt Chamberlain), and prevailed. What makes a man or woman “royalty” in sports, tends to make them royalty in families. In most peoples’ family stories, the protagonists are those aunts, uncles, grandmas and grandpas who stood up to life’s challenges, and somehow made it through.

My own son, John Harry, is named after his great-grandfather, whom I have described many times in this space. As you might recall, my grandpa’s dad left him when he was small. His young mother died of tuberculosis. He worked in the local coal mine at twelve years of age to support his two younger brothers who had been farmed out to other households. Family stories recount his heroics at braving horrible working conditions of chest-high, ice-cold water. Indeed, the story goes, he sacrificed his life during those early years because many decades later, he would die of “Black Lung Disease.” In my family, he is royalty.

Older family members will remember the words of Winston Churchill when England toiled against a foe who threatened her status as a free nation. He said that future generations would look back on that particular generation whose homes were being bombed, whose men, women and children were being killed. He told that beleaguered people that, “This was their finest hour.” The real royalty of that time did not so much live in Buckingham Palace as in the bombed-out neighborhoods of Manchester, Liverpool, and Wales.

Early Christians saw David’s royal blood flowing through their savior’s veins in the way he submitted to every humbling dimension of our humanity—even death—death on a humiliating Roman cross. The hard times that we endure are the times that call forth the inborn, latent royalty celebrated at each and every Baptism. Just as Jesus was lifted up on the cross, and there his divinity was most clearly revealed, when difficult times come, we are being lifted up. When we are traveling through the hardest terrain of the Paschal Mystery cycle, the time we spend there can be “our finest hour.”

This Sunday, as you look up and see the bruised and broken body of the King on the cross, recognize in his wounds the seeds of the resurrection planted and taking root. See a love there strong enough to germinate new life right in the midst of death. See on that cross, the reflection of the royal blood that courses through the veins in your folded hands. On this, the Feast of Christ the King, understand that we, your fellow journeymen and women on the way, recognizeyourroyalty. In recognizing it, we call it forth.

One Reply to “Royalty”