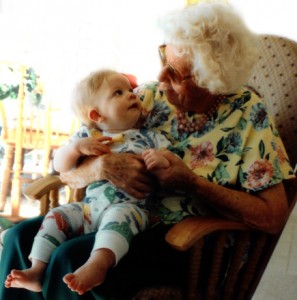 In another life, I functioned as a workplace-based counselor. In this model of psychotherapy, an employer would provide the benefit of free counseling services to his or her employees. The business owner’s return on his or her investment included enhanced staff performance due to a reduction in work-impairing personal problems.

If this service were not free of charge to employees, I would never have seen the likes of Pearl Johnson (a fictitious name provided to protect confidentiality). Mrs. Johnson had worked in the kitchen of a large metropolitan hospital for over forty years. She was referred to me because her work performance was slipping.

Pearl was not raised in this time zone. She grew up in a large, traditional family whose Baptist church was the focal point of their lives. In her world, if you or your family had troubles, you tried to handle them yourself. If that didn’t work, you might go to your pastor for advice. The words, “counseling,” and “psychology,” were not entirely unfamiliar to her. But to Pearl, they were like costumes worn by people who lived in exotic, distant lands. Counseling was okay for “those people over there,” it just didn’t belong in her world “over here.”

As we sat across from one another, I imagined that she regarded me as some post-modern witch doctor ready to spout meaningless incantations. Her eyes were intelligent. They were imprinted with the lines that grace a woman’s face after decade upon decade of hospitality, humor, prayer, compassion, hard work, and service. Her kitchen-scarred hands nervously alternated between balling up and straightening out a tissue in her lap. Lack of education, and antiquated social arrangements kept her in an entry-level job for over four decades. But the quiet dignity with which she carried herself told me that regardless of where she fell in someone else’s status hierarchy, this woman had always been her own boss. Even with her nervousness, she occupied her chair with a kind of authority that said, “My supervisor wants me to come here, so I am here, but I am in charge of what I say, and what I don’t say.”

Everything about this woman commanded respect. As she perceived that I understood her rightful position as an elder, little-by-little, Mrs. Johnson warmed up to me. She began to reveal what she carried behind those chestnut eyes that had seen so much in sixty years. In her lifetime, she had raised a house full of children, and buried a husband. As the bonds of community that held her neighborhood and family together frayed and snapped, some of her children also came undone. Grandchildren had to be raised. Beloved nieces and nephews also had to be tended to. Pearl Johnson stepped into the breach. In her Sixties, she loaded onto her shoulders another generation of children who had to be raised properly. The work we did together consisted of finding ways where Mrs. Johnson could admit her limits and occasionally let others “do for her”. As she learned to assertively care for herself, her work performance returned to normal.

In this Sunday’s Gospel (Mark 12: 38-44), Jesus sat by the temple treasury, and observed people dropping their monetary offerings into the box. The narrative described Jesus’ reaction when he observed a “Pearl Johnson” of his time giving “from her poverty.” Her two coins, when converted into the currency of heaven were valued beyond the contributions of the twenties, fifties, and hundreds ostentatiously tossed in by the well-to-do. Jesus, who knew a thing or two about giving to the last, full measure, recognized something of himself in this woman’s choice to give from her poverty.

Mrs. Johnson, and the widow described in this passage knew something that the be-jeweled Temple elders mentioned earlier in the passage, did not understand. Faith, like love, does not reside primarily in intellectual constructs. Real faith, like love, grows when it is expressed in acts of self-donating compassion…like helping to raise grandchildren.

In any given setting, sitting and working all around you on any given day, there are many women and men, who like Pearl Johnson, are giving from their poverty by pitching in to raise small children when their aging bones and muscles would prefer to be resting. On behalf of the human race, there is something I would like to say to the Mrs. Johnson’s of this world. “Thank you.” By stepping into the breach, you are mending a tear in the universe. Your investment makes this a better world, not only for your grandchildren, but my future grandchildren. In your choices to give from your poverty, we recognize the clearest possible profession of faith.