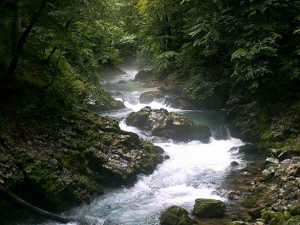 When I first landed in the big city of Saint Louis, I was convinced that my Central Illinois hayseed ways stuck out like a pair of bib overalls at the Oscars. So much about my new home appeared strange and exotic to me. Besides quirky things like frozen custard and deep fried ravioli, Saint Louis held signature speech and behavior patterns only detectable by an outsider. There were strange idioms to be deciphered, new habits to learn. For example, I was soon to find out that a mass migration from Indiana into trailer parks and rural areas of Missouri had not really occurred. In fact, all of the people that my new friends were calling, “Hoosiers,” had a lot more in common with my cousins, uncles and aunts from Athens, Illinois than with Bobby Knight and his basketball team from Indiana University. “Farty,” was not, in fact, an adjective referring to a digestive process. It was actually an even number that followed, “39,” as well as the name for a local highway.

And then there was that question unique to Saint Louis, that I’m told is used by natives to sort people into their proper kingdom, phylum, genus and species. “Where’d you go to school?” (i.e. “Where’d you go to high school?”). Since no one around the Gateway City has ever heard of my alma mater (the now defunct, “Griffin High School” in Springfield, Illinois), I have remained somewhat unclassified in Saint Louis social situations. That suits me fine.

After nearly three decades of living within ten miles of the Arch, I thought my knowledge of all things Saint Louis was complete. That was until my middle school-aged children started to become high school-aged children. It was then that I learned one more major reason why Saint Louisans makes so much of those four years between grade school and trade school.

Have you ever had a waitress in a Chinese restaurant hand you an encyclopedia-sized menu, and found yourself wandering aimlessly through that tome, lost in a forest full of choices? When I was growing up in Springfield, Illinois, there were exactly two secondary school flavors on the menu: Catholic, or non-Catholic. When it comes to high school choices, Saint Louis has more flavors than Baskin Robbins and Ted Drewes put together. Standing before a morass of choices, the prospective high school parent can find him or herself overwhelmed by freedom.

First, Annalise, and then John Harry drew near to the daunting threshold which is the Saint Louis high school application process. What made the decision-making process even more daunting for me was that the high school I attended all of those years ago failed to provide the advertised supervision, spirituality, or values for the children entrusted to their care. To make matters worse, I regularly counsel people who carry scars from their adolescent years. Needless to say, all of this has made me approach the high school selection process with a great deal of longing to provide something better for my kids.

One of the options for this Sunday’s Gospel (John 4: 1-26), featured a woman who knew something about deep longings. Through the course of this long selection, the reader gets the sense that this woman had come to the sad conclusion that her thirsts were too profound to be satisfied. Jesus challenged this perspective and invited her to take a drink of “living water” that would well up from within her.

One of the best parental choices Lisa and I have ever made was leading Annalise and John Harry to draw living water from the fresh spirituality contained within their ancient faith tradition. This was the basis of their high school decision-making process. In both instances, we scheduled a mini retreat for them, filled with tried and true Christian discernment processes including Centering Prayer (ancient form of Christian mindfulness), journaling (Saint Ignatius and Theresa of Avila style), Lectio Divina (a way of meditating with a sacred text), and spiritual direction provided by a retreat center staff person. For a full day, Lisa and I prayed with and over our children, and left the retreat center with a provisional decision that we hoped would be affirmed by the inner movements of the soul (i.e. “The Fruits of the Holy Spirit” as outlined in Galations 5).

I believed that the choices we made were right, but perhaps something could have occured that would have made me go back to the drawing board after a year or so and open back up the discernment process all over again. In matters of faith, no one can say with 100% certitude that he or she has totally discerned God’s will in a particular matter. That’s why we call it faith. What I am certain about is the value of kneeling next to my kids in love and humility, and offering our lives to God. When we do our level best to listen, and discern the inner movements of God’s spirit intertwined with our spirit, even if we make the wrong decision, our faith tradition tells us that God will make it the right decision. Locating a fresh and vibrant spirituality embedded in an ancient faith tradition provides solid guideposts for the journey.