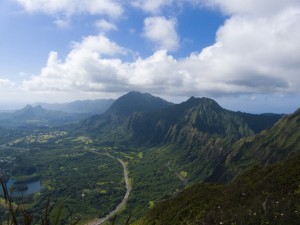 The strands of DNA woven together to form John Harry, must have been made of the same material used by the sports engineers at Rawlings to make their basketballs, soccer balls, and baseballs. When I introduced my tiny son to these sports implements, he seemed to recognize in them appendages that had somehow become detached and lost in the gestational process. With great delight, he immediately set about the task of reattaching them and making them part of his being. And that’s how my career as a part-time coach, part-time sports spectator, and full-time sports chauffeur got its start.

Way before I was ever a dad, I was a counselor for adolescents. Early on, I learned that to have a meaningful conversation with a boy, an accompanying activity must be found to absorb their restlessness. Distracted by the natural rhythms of the activity, a boy can move un-self consciously in and out of meaningful conversation. Years later, when I had a boy of my own, I remembered this trick. For my sports-obsessed/pre-middle-school boy, conversations took place under our driveway basketball hoop, during games of catch, between flights of a Frisbee, around acrobatics with a soccer ball. But a funny thing happened as we entered the first quarter of my son’s middle school career. The thing that had once made space for father-son contact, began taking it away.

Back in the 70’s, my mom and dad took their boys to about ten games per sports season (give or take a tournament). “Select,” or “club” teams had yet to be invented, so each sport could neatly be contained within a three-month season of once-a-week games. Nowadays, pre-season baseball practices often begin in early February, smack in the heart of the basketball season. Soccer (along with “Futsal”) can be a year ‘round enterprise. A baseball season can involve anywhere from twenty to seventy games. Progressively, I began noticing that meaningful contact with my son had become more and more precious and rare.

During the summer between my son’s sixth and seventh grade years, I was presented with a dilemma. Given my case-load as a counselor, I could take only a limited amount of time off for summer vacation. My son’s baseball team was participating in a cross-country/week-long baseball tournament. For a couple years, John Harry and I had been dreaming about taking a week off to camp together and climb a fourteen thousand foot peak in Colorado. As I worked the discernment equation, I weighed the value of watching my son’s sports exploits for a week sitting next to other dads, against camping and hiking alongside him in the mountains, mano a mano. I made my choice. I remember feeling like an unfit father as I packed JH’s baseball gear into another father’s minivan, and waved goodbye to him.

Over the course of the last month and a half, Christendom has traced the journey of Jesus’ development and formation throughout the course of the Advent-Christmas Season. This Sunday, we recognize the conclusion of that journey with The Feast of the Baptism of the Lord. In this Sunday’s third reading, Luke (3: 15-16; 21-22) placed the reader on the banks of the Jordan River as the young adult Jesus took up his mission. It is as if this feast, and this Gospel reading are saying, “Time to put away the home movies of mangers, and stables, and all the rest. Now it is time for preaching, healing, crowds, and yes, sacrifice too.” Given our modern insights regarding developmental psychology, and the contributions of attachment theory, it seems like more than a coincidence, that Jesus’ mission would begin with a recognition of his father’s voice saying, “You are my beloved son with you I am well pleased.”

At about 12,000 feet up the mountain, John Harry and I found that the un-acclimated, oxygen-deprived flat-lander/Midwesterner can get pretty fatigued. Suddenly, each boot felt as if it weighed fifty pounds. Weight and water had to be redistributed. Hiking poles balanced our staggering gate. At five-minute intervals, I insisted that we stop, and take sips of water, and handfuls of nutrition to prevent dehydration and hypoglycemia. Despite our fatigue, JH and I would make it a point to stop at the various rock cairns to solemnly reflect, and add our prayer stones to the top of the pile. When we made it to the 14,000 foot summit, we handed off our camera, joined hands, and stepped onto the peak together mugging for the photo. After enjoying a high altitude PBJ sandwich, and texting our respective girlfriends, we descended. On the way down, John Harry stopped me and said, “Thanks dad, I couldn’t have done that without you.” I was never any good at baseball, but suddenly, I imagined that I knew what it must feel like to hit a home run.

This Sunday as we launch into the liturgical season of “Ordinary Time,” let’s resolve to allow our spirituality to inform our relationships so as to make them un-ordinary. One important step in that journey is to intentionally carve out some time and space to really see one another. Whether it’s a thirty second burst of focused attention, or a whole week set aside for it, through the spoken word, or the unspoken word of your life, will you communicate, “You are a beloved son or daughter, with you, I am well pleased.”?