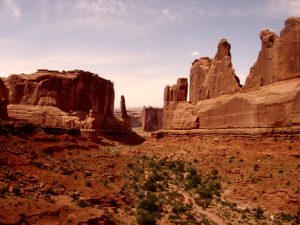 It was just after the cabin scene in the blockbuster movie, “True Grit,”—the scene of incredibly explicit and grizzly murder—when my wife leaned over and whispered, “You sure know how to pick your Valentine’s Day movies!” I was worried that the people sitting around us would be distracted by the sudden shower of audible thuds, as Cupid’s harmless darts fell impotently to the floor.

This was not the first time that a movie has represented an unwanted bend in the road on the way to an intended evening of marital bliss. A partial list of movies that have transformed a romantic, candle-lit evening into the equivalent of a florescent lighted, church basement, have included: Broke Back Mountain, Pulp Fiction, and The Crying Game. Needless to say, for a marriage therapist, I have not always exercised what you might call “Valentine’s Day prudence.”

Once I had reconciled myself to the new Valentine’s Day arc of activities that this movie had set in motion, I must admit, that I found the movie intriguing. At first, I couldn’t shake the feeling that my Western-loving dad was still alive, and sitting next to me. It felt like, somehow, he and I had found our way back to our 1971 family room, bathed in the blue light of our first colored TV. But gradually, I began to notice, that while the physical landscape of this movie shared much in common with my dad’s old Westerns, the metaphysical landscape could not have been more different.

In the John Wayne-style of my father’s old films, the good guys could always be distinguished from the bad guys, not only by the color of their hats (or unfortunately, by the color of their skin, or accents), but also by who got their comeuppance in the end. In those simple old morality plays, the bad guys’ karma always caught up with them before the credits rolled. Without giving away the ending, things weren’t so tidy in the current remake of the 1969 classic. You got the feeling that if the Coen brothers (the authors of this screenplay) had written the “Indiana Jones” series, he may have escaped “The Temple of Doom” with the intended treasure, but he may not have gotten to keep his whip, his hat, the girl, or maybe even both of his arms. In some ways, it takes “true grit” to analyze some of the implied insights to which this movie pointed.

As I read this Sunday’s Gospel passage, I landed on a line of scripture that made me think that the Coen Brothers constructed their movie as a modern-day interpretation of the verse: “God makes his sun rise on the bad and the good, and causes rain to fall on the just and unjust” (Matthew 5: 45). In the ninety minute-long world that Matt Damon, Jeff Bridges, and Hallie Steinfeld occupied, brutality rained down upon both the good and the bad alike.

At one point during the movie, it occurred to me that perhaps this rendition of the 1969 classic was so popular at the time, because the harshness of this film spoke to the reality of peoples’ lives around that time. Countless employees had lost jobs and homes despite long resumes, talents, and great track records. “Nothing personal, just hard times.”

Like a couple on a Valentine’s Day date, I have spent a large portion of my adulthood trying to resist having my romantic notions of life stripped away. If I get really honest with myself, I have to admit that some part of me still clings to the romantic/naïve notion that my spirituality will save my family and me from the kinds of cruel slings and arrows that beset other peoples’ lives.

But what I keep seeing over and over again, is that regardless of one’s spiritual maturity, or how fervently one prays, the brutality of this world will show up anyway. Mental illnesses, debilitating diseases, even devastating acts of nature visit really good, loving, spiritual families just as often as they visit everyone else.

The spiritual life is clearly not a talisman against this world’s brutality. The spiritually mature man or woman is not the one protected from life’s cruelty. The spiritually mature man or woman is the one who listens to God’s inner promptings, calling them to respond to that brutality by showing up with a healing presence that mends the things that were torn. The spiritually mature man or woman is the one who is willing to recognize the seeds of brutality sown within their own soul. “True grit” for them involves taking an unromantic view of their own human nature. With that knowledge, they are unwilling to feed and water the seeds of such bitter fruit with unconscious/unaware reactivity. Rather than meeting the brutality in this world with a brutal response, they offer light when presented with darkness; intentional love, when presented with hatred; and a creative hope, when confronted with despair. They make of themselves a channel of refreshing peace in a world that can be as parched as a desert in an old Western.