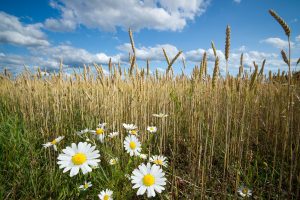 Then the Fourth of July weekend of my son’s sixth year of life happened (that same boy is now eighteen).  The brother with whom I am closest in age had a son who is just a month younger than my son.  They are really more like brothers than cousins.  My little six year old nephew, Daniel, come to find out, had been making some big strides in stuffing his little boy resume with accomplishments.

On that weekend, my brother’s family and my family took a three-day camping trip together.  While there, my little nephew was showing off his diving skills on the wooden dock.  As he surfaced from under the water, he would come up sputtering, coughing, and gasping, but he would jump right back on the wooden platform for more.  My six-year-old, by then, had only recently taken an interest in swimming.  You couldn’t get him to jump off of a dock if you floated two “Transformers,” and three “Bionicles” in front of him (i.e. toys that were even more cool than the G.I. Joe’s I played with as a kid).

Each one of us has some perennial inner weed that stubbornly refuses to submit.  The trick in dealing with our inner weeds is simply keeping an eye on them.  When it comes to the most deeply rooted character flaws, self-awareness and a non-judgemental/compassionate approach to the self are the best psychological herbicides at our disposal.  When we can compassionately acknowledge the worst in us, and become aware of its influence, we can keep those weeds from needlessly spreading into our behavior.  On those occasions where we slip up and discover that they have germinated into a relationship, we can quickly take ownership and make amends.