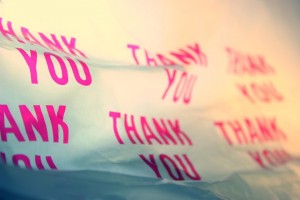 The lump of humanity that pushed its way into the world with a “boom” in the 1950’s concluded with kids born, like me, in the early 1960’s. Positioned as we are on the tail end of the Baby Boom, our age group has never really appeared as anything more than a footnote in the story of our more hip and happening elders. When historians of pop culture discuss the 1960’s, they are usually referring to our psychedelic older brothers and sisters who had moved out by the time we came along.

For those of us on the back-side of the Boomers, the Sixties had nothing to do with love-in’s, protests, or rebellion. The Sixties came with a side order of Velveeta cheese and Oscar Meyer Wieners. Captain Kangaroo, and H.R. Pufnstuf rather than Timothy Leary, or Bob Dylan were the voices inviting my age group to “Turn on,” and “Tune in.”

From a Catholic perspective, this was the time of expansion. Schools, and sometimes parishes, could not be built quickly enough. Families were huge. Our family, at seven children, was considered only moderately large. At the height of those years of Catholic reproductive prowess, classrooms could house as many as fifty kids. By the time I came along, class sizes had shrunk down to about forty children per room.

A couple of years ago, I had occasion to visit my old grade school. As I stood surveying one of the classrooms, the already towering respect for my Seventh Grade teacher, Sister Mary Leonard, soared to Mount Rushmorian heights. Here I stood in a room with no more square footage than three normal sized bedrooms. I tried to imagine Sister Mary Leonard confined to such a tiny, Lilliputian, air-conditioning-free space with forty, large, Gulliver-sized Seventh Graders. Her ability to really teach all of the humanity shoe-horned into this little box was almost beyond my powers of comprehension.

Sr. Mary Leonard was one of those life-changing teachers who had the ability to look down into a child’s soul and read its contents. She had a genius for clearly laying out expectations and then providing the appropriate tools to ensure that they could be met. Her combination of affection and structure provided the trellis and organic material that allowed my spiritual, social, and academic roots to stretch to new places. Sister Mary Leonard’s belief in Christ caused her to believe in me. In her eyes I could see the outlines of personal possibilities.

Several years ago, I ran into my old friend, Jim, out front of the Precious Blood Motherhouse where I used to maintain an office space. I asked him what he was doing thirty miles from home on a workday. He said that he had taken the day off to fulfill a personal promise he had made to himself years ago. He had always vowed that he would, one day, go back and thank his First Grade teacher for all the good she had done him. On that day, he was having lunch with Sister Emerita to make good on his promise.

On the stoop of the doorway into the Precious Blood Motherhouse, I had a forehead slapping, “I could have had a V-8” moment. I realized that Sr. Mary Leonard had slipped away without my ever having thanked her for changing my life.

In this Sunday’s Gospel (Luke 17: 11-19), we were once again introduced to the classic story of ten men with a fatal, flesh-eating disease. After receiving a miraculous healing, only one, a foreigner, bothered to swing back around to acknowledge what Jesus had done for him.

Gratitude has a way of feeding people’s souls. Shortly after his death, Dr. Beutenmueller’s daughter called me. In searching for his rosary that was to be placed into his hands at the funeral home visitation, she ran across a letter I had written him upon my graduation from college. In it I told him what I should have told Sister Mary Leonard. “You have changed me.” After I sent it, I would never see him again. And yet Doc. kept my letter right next to his most treasured possessions: his Bible, prayer book, and rosary. Gratitude feeds people.

In retrospect, I can see that Sister Mary Leonard wasn’t the only one who would have benefited from my gratitude. Resilience research has shown that the regular practice of gratitude grounds us and gives us the psychological muscles to weather difficult situations. This research dovetails nicely with the spiritual insight that we are carriers of God’s indwelling presence. Divinity is the ground we walk on, the air that we breathe, and the horizon toward which we are traveling. When we nurture a fine-tuned sense of gratitude for the thousands of gifts that surround us, we are brought more in touch with the true nature of things. Everything is a gift.

In light of this Sunday’s Gospel, who are the Sister Mary Leonards, Doctor Buetenmuellers, and Sr. Emerita’s in your life whom you could feed and be fed by manifesting gratitude?