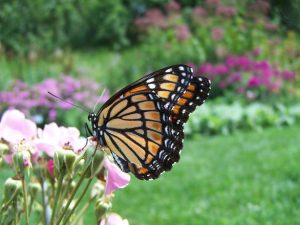 Like a Union Soldier suddenly awakened by the report of a cannon discharging in the night, I was jolted to consciousness by the miniature Civil War raging below me in the living room. Loud, adult, wrecking ball voices were battering the walls and foundation of our home. As I came to consciousness, I could hear those voices gathering momentum, colliding into one another, then ricocheting off the ceiling, down the hallways, and into little wide-eyed boy’s and girl’s bedrooms.

Upstairs, my older brother Phil and I were part of the unintended collateral damage. Together we listened as explosive words destroyed the dam of adult rationality giving way to a flood of fight-or-flight, adrenalin-enhanced reactivity.

At seven-years-old, horror had a hypnotizing effect on me. Whenever I would hear the high pitched notes signaling another insomnia producing episode of “The Twilight Zone,” against my better judgment, I would follow the sound of Rod Serling’s voice to our black and white TV set. Frozen, frightened, and fascinated I would stand with my mouth agape as the traumatizing images of animated manikins, murderous toys, and airplane-riding monsters embedded themselves into the tabula rasa of my seven-year-old unconscious. I knew, even as I watched, that I would regret this indulgence later on, when the shadows of night stretched their dark hands into my bedroom window, transforming common objects into menacing gargoyles.

Tonight, the gargoyles that vaguely resembled my mom and dad were busy producing and starring in their very own episode of The Twilight Zone. At first I tried to shield my ears and consciousness from the explosive words. But then my fascination with horror got the better of me. Lying in bed, I tuned in, with a terrified fascination, to each earth-shaking word. Whoever said that, “Sticks and stones” were more serious weapons than words never lived through one of these gut-busters. Despite their morning-after denials, the accumulation of names and threats, and expletives eventually led to marital death.

In this Sunday’s lengthy Gospel story (John 11: 1-44), Jesus’ best friends found themselves smack in the middle of their own episode of “The Twilight Zone.” Mary and Martha watched in horror as death slowly overtook their brother, Lazarus. At one point, Mary said, “Lord, if you had been here, my brother would not have died” (vs. 32). How many of us have whispered a similar prayer as we watched a marriage dissolve, a loved one suffer, a chronic mental illness fester, or a dear friend or family member die? “Lord, if you’re really here, how is it that you could let this happen?” This Sunday’s Gospel made it clear that friendship with Christ does not inoculate you or me from the brutality that is part and parcel of the human condition.

As I listened to this passage, I was struck by how Jesus, the miracle-worker, knew the suffering of his friends, yet chose to remain where he was for a couple of extra days. “This illness,” he said, will result in a greater sharing of “the glory of God” (vs. 4). Here is another instance that fits under the chapter title of, “God’s ways are not our ways.” His timing is not our timing. His way of bringing new life is not the way we would choose.

Clearly, the one who emptied himself of divinity, fully taking on our human condition, is not interested in rescuing us from any dimension of the human condition. Rather, like this Sunday’s Gospel, Jesus comes in his own time to those places in our lives that feel tomb-like. According to his time, and in his own way, he brings life out of death.

At times people ask me why I am attracted to the work of mending marriages. Usually there is not enough time to take somebody back to my wood frame, two-story, first grade house in Springfield, Illinois. And so I don’t usually give them as honest an answer as I’m giving you. What it all boils down to is that I often think about a first grader, or an eighth grader who might have something in common with my brother Phil and me. If I can help a little boy or girl get back to bed—resting in the secure knowledge that his parents are going to be okay after all—then I feel somehow more alive within myself.

I have discovered that I am not the only one out there with a Lazarus heart. The movement of positive psychology research has demonstrated the value of taking an area of ongoing suffering and turning it on its head by utilizing it as way to help others. In Twelve Step programs, men and women know healing and resurrection as they share their own hard won recovery with newer members of the program. I know a speaker who regularly uses her public platform to raise awareness about the chronic illness of depression. In taking the stigma away from this common disease, she helps others accept it in themselves. In so doing, she finds meaning and healing in her own struggle with depression.

What is the area in your life that is somewhat like Lazarus’ tomb for you? Is there a way in which you could take that suffering and use it to help others? In so doing you may find that a place that seemed as dead as a tomb, is a place of new life for yourself and others.