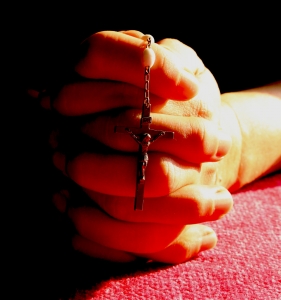 Another life ago, I got myself arrested on a warm, Saint Louis downtown summer’s night.  My brush with the law came during the intermission of my young adulthood—that time period just after my priesthood studies, but just before I met Lisa and resolved to get married.

Helen lived downtown before there was a loft district, when tumbleweed blew through Saint Louis’ abandoned, old urban streets.  When I asked her out, I had every good intention of being a gentleman and taking her straight home after dinner and a movie.  When she agreed to accompany me on that date, she had no idea that I would abruptly abandon her, leaving her to drive home all by herself in my 1981 blue sedan.

Until that night, I had completely forgotten about a traffic ticket I had received a couple of years earlier in one of those tiny municipalities that pays its police officers with funds generated from hidden speed traps.  Unfazed by the information that I would “see him in court,” the peace officer scribbled my name over the top of one of his tickets.  A couple of months later, when I called Vinita Park City Hall to find out about my court date, the village bureaucrat informed me that there was no record of my ever having received a ticket.  “Sweet!,”  exclaimed the voice in my head.  I had just dodged a Saturday afternoon of sitting in court, paying for the fact that my father’s last name began with the alphabetical letter, “W.”

Two years after my encounter with Vinita Park, things weren’t feeling so sweet after all.  The sedating effects of a mediocre movie must have dulled my senses.  The “Left Only On Left Arrow” sign had somehow escaped my attention.  A set of revolving, luminescent cherries and a spotlight signaled for Helen and me to pull over.  I knew the night was not going my way when I looked out of the rearview mirror to see, not one, but two officers exiting squad cars.  Both unsheathed the clubs that previously hung at their sides.  It was during the frisking and the cuffing that I remembered that old Vinita Park ticket that had somehow magically evaporated into the ether all those years ago.

Before I fully understood what was happening, I had surrendered my right to a phone call as well as my “personal effects” (including my wallet, shoe laces and belt).  Naively, I believed that the cage-elevator into which I had stepped with an armed guard, was taking me to a suite of city offices, where I could wait, while we sorted out this whole misunderstanding.

An automatic switch slid an enormous jail cell door ajar.  The clank of metal on metal, sealing me off from the free world, awoke my five new dinner-date companions from their slumber on the steel—mattress and pillow-free— bunks that protruded from the walls on either side of the room.  As I examined the graffiti, and filth-smeared-wall over the top of the lone toilet on the opposite end of the room, the thought struck me that my cell-mates were probably not here due to traffic violations or bureaucratic errors.

I found myself empathizing with the roaches on the cell floor before me.  I tried to remain still and calm—not worth noticing.  But I felt exposed, and vulnerable, like an animal who has just heard the abrupt snap of a nearby twig.

“I need to figure out a way to calm down,” I told myself.  One after another, I scrolled through a three decades long menu of prayers:  psalms, rosary, scripture, a perfect act of contrition.  I finally remembered an old unsophisticated childhood prayer to a Guardian Angel.  As I repeated it word-by-word, over and over again, a strange kind of peace settled over me.  It wasn’t a peace that removed all vestiges of fear.  But it allowed me to bide time for several hours until my case could be processed and I could go home.

On this, the final Sunday of Easter, the third reading placed us in the garden with Jesus just before he was arrested, and taken to a jail cell of his own to be tortured, and crucified (John 17: 1-11a).  In that scene, the reader was given a window into the heart of Christian resilience.  There, right before his passion and death, Jesus was calling to mind the most essential, deep-down thing.  He was calling to mind that he belonged to his father, and his father belonged to him.  In not so many words, he was echoing the theme of this Sunday’s responsorial.  “The Lord is my light, and my salvation….The Lord is my life’s refuge, of whom should I be afraid?” (Psalm 27).

Several hours in a jail cell for trying to weasel out of a traffic ticket does not a Nelson Mandella make.  But in that cell, I was given the humble gift of just enough peace until daybreak.   This Sunday’s Gospel described where that peace came from….  Jesus said that, just like him, we belong to the Father.  He also said that he is constantly, and prayerfully aware of us…interceding for us.

What’s causing you to reach for the Tums these days?  I don’t know if your anxieties are connected to physical health, the immanent death of a loved one, an unspeakable grief, or just the cultural soup of anxiety in which we all find ourselves floating lately.  This Sunday’s readings challenge you and me to come to the buffet table, and sample from the wide variety of spiritual disciplines to put us immediately in touch with the truth of whom we belong to, and what soul-soothing power is ours for the asking.