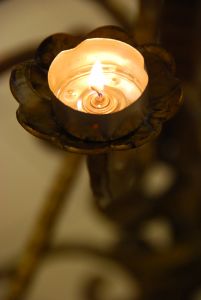 As the vessel that was my parent’s marriage was fragmenting, my siblings and I were choosing which parts of the ship we would cling to when it finally splintered into pieces. From the hull of that sinking boat, I launched my high school career. I had transferred from the eight-year womb of my small Catholic grade school to a huge all-male institution.

Anyone who has ever been a boy knows what happens when male adolescents are placed in anonymous settings that cannot provide adequate or wise adult supervision. Evolution has a way of running in reverse. Some boys begin moving in packs and develop a keen instinct for sniffing out vulnerable prey. The wreckage from home must have caused me to exude some wounded animal pheromones. It didn’t take long for them to begin circling and feeding off of me.

In my grade school, I was something of a leader, so developing bully survival instincts never occurred to me. In this strange new, Lord of the Flies world, my vulnerability provided the reinforcement needed for frequent and prolonged attention from my hunters. I was ashamed of my inability to thrive in this new environment. I was also aware that the private wars being waged among the various factions of my family precluded any kind of self-revelation. My pain was private. My only refuge: summer vacation.

When my post-Freshman year’s summer reprieve was drawing to an unwelcome close, and the August cicadas announced that sophomore year could not be avoided, I determined a survival strategy. I began my new career of smoking exotic vegetables (almost daily), and washing them down with large amounts of fermented grain beverages (twice-a-week based on availability). Grades dropped. Sports fell away. But I had found an instant social circle and somehow the harassment dissipated like a morning fog. A new brand of haze had rolled in providing a welcomed hiding place.

After a couple of years of this 1970’s brand of sleepwalking, I was jolted awake. One morning, my dad quietly stole into my room and dramatically parted the curtains. I came to consciousness with the words, “Son, what in the #$@% is this?” In the milky white winter morning light pouring through the window, my sleepy junior in high school eyes could just make out an ounce bag full of oregano-like dried vegetation dangling from my father’s hand. “I found this in the glove compartment of your car,” he said as he flung it at me. I was immediately grounded from work, from my car, from dating…from life.

Unwilling to let go of the career that had served me so well, I did my homework. I discovered the one and only furlough that my captors would permit: attendance of a Catholic retreat for teenagers. In preparation for this mini-reprieve from jail, I scored another small package of exotic vegetables from a connection at school. I stashed it in my sock and arrived for my two night, three day vacation.

A funny thing happened on the way to oblivion. Just before I found the opportunity to alter my consciousness, I found myself on the receiving end of a fire hydrant gushing divine love in my direction. After a thorough Confession, I recall sitting in a candle-lit chapel smiling and laughing like I was let in on the best inside joke ever told…like a fever had lifted…like “a long, cold, lonely winter” was giving way to springtime. Later that night, I donated my stash to some fellow “That Seventies Show” co-stars. I won’t say that from that moment all vestiges of adolescent bad behavior vanished. The process of conversion took a little while (is still taking a little while). I will tell you that something happened in that dark little retreat-house chapel in 1977 that gradually set my life on a new course.

This Sunday, John’s Gospel (3: 14-21), introduced the reader to Nicodemus, a character who seemed only able to approach Jesus in the dark of the night. As I review my little high school rerun, I detect a similarity between Nicodemus and myself. Things had to get pretty dark in my life to open me to the Light. In retrospect, I can see, that God has a way of making even our darkness a gift by folding it into divine plans for us.

Do you find that a little darkness has shown up in your life these days? Would you be willing to contemplate allowing even just a little light to shine into the dark area of your life? Perhaps a first step could involve simply scheduling some time to talk about this thing in spiritual direction, or counseling (my number is 314.503.8080), or in conversation with a wisdom figure of your life?

This week, the fire hose of God’s unconditional love may be pointing in your direction. Will you dare to hope that the darkest areas of your life can be privileged territory when you allow the God of Light to shine in…even just a little?

2 Replies to “Finding God in the Dark”