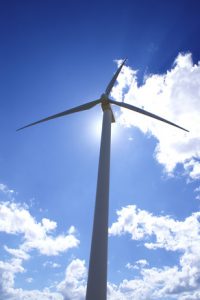 For five days, the DVD, “An Inconvenient Truth” gathered dust on the “Return to Blockbuster” pile on our kitchen counter.  I kept thinking that I’d get around to watching it.  But, there it sat like a plate full of lima beans.  “This will be good for me,” I told myself.  Yet, every time I would consider having even a little of it, I would push it aside in favor of something that seemed a little more tasty—like a comedy, or a sports program, or a date rearranging my sock drawer.  Eventually, the movie was returned without my eyes having scanned even one single, inconvenient, digital moment of it.

Back then, I lived in a house with an environmentally interested twelve year old.  She was the one who insisted that we rent the movie in the first place.  She wanted to make sure that her dad understood the bottom line of that movie:  what we emit matters.

This Sunday’s Pentecost Gospel (John 20: 19-23) was all about emissions.  The selection opened with the famous story of how Jesus penetrated the locked doors of the upper room where the disciples cowered in fear.  Once inside, Jesus changed the course of human history through a divine emission.  Jesus “breathed” the Holy Spirit on his disciples.

This was not the first time that sacred scripture has captured God’s emission of divine breath that influenced the course of human history.  The author of Genesis described how God took the mud of the newly created Earth to form a human-shaped inanimate object.  It was divine breath blown into the nostrils of that creature of the Earth that en-souled and animated it.  Human nature would forever be inextricably linked with God’s breath.

But this Sunday’s readings indicated that God did not merely blow divine breath into one single clay figurine’s nostrils.   God blew creative breath down through the ages…through the generations…all the way to you and me.  The Feast of Pentecost points to the spiritual conviction that, even in our day, God continues to blow divine, creative breath into our nostrils to continually form and shape us into whom and what we are meant to become.

Practically speaking, what does it look like to have God’s creative breath forming and shaping a life?  It looks like a 1960’s mother soaping up her three youngest boys in a tub.  While drying them off, the oldest of the three glimpsed his reflection in her eyes.  Like a miniature reporter, the three-year-old dispassionately observed, “I see Tommy in mommy’s eyes.”  Not missing a beat, the mother did what mothers always do.  She took the ordinary, earthy elements of a simple bath-time, and transubstantiated them with the breath of God that suddenly pulsed forth from her core.  “Tommy is in mommy’s heart.”  This repartee between four-year-old and thirty-four-year old was repeated for at least a full year, bath-after-bath, like a sacred liturgy…repeated like layer upon layer of brick, forming a structure that could contain an ever-expanding awareness of unconditional love.

Until Lisa, I believed that gregariousness was next to Godliness. The unexamined assumption in my childhood family was that just behind faith, hope and love, came the theological virtue of loquaciousness.  I grew up thinking that words put food on the table.  Words were the deciding factor between those who were “alpha,” and those who were anonymous.

It wasn’t until I was engaged to be married that I discovered that I had fallen in love with a, “gulp,” introvert.  A couple of years later, that introvert gestated a kindred spirit, my oldest daughter, Annalise.  It took me years to understand that Lisa’s silence was not the same thing as distance.  It took me even longer for this son of a salesman to stop worrying that his quiet, first-born little girl would fall through the cracks of classrooms, soccer teams, and any other place where two or more children were gathered.  Year, after year, my biggest concern for Annalise had been that she would find her voice.

Over the years, I have observed the warm friendship of the mother-daughter introvert tandem.  Little-by-little, they have grown to share the same eyes, hands, feet, many articles of clothing, and so much more.  It was somewhere in the course of middle school when I began to detect the course of God’s breath pulsing through my daughter and answering a father’s prayer.

A teacher, recognizing her environmental interests, asked Annalise if she would like to research wind turbines as an alternate source of power for her school.  Her research led to a Power Point presentation, that she gave, first, to the Business Committee of her school, then to the School Board, and finally to the Mayor of our township.  With all of the requisite approvals taken care of, my daughter’s quiet voice sounded loudly enough to change the structure of her school.

Annalise is now a college student double majoring in pre-law curriculum of Environmental Studies and Philosophy.  God’s creative breath has formed a fierce desire within my daughter to care for this precious home all of humanity shares together.  Like her mother, Annalise makes her way in the world not through out-talking, or shouting down anybody.  Annalise, like her mother, speaks through her quiet competence.

On a day given to contemplating Divine Spirit, let’s honor the quiet, unassuming ways that the creative breath of God pulses, subtly, but powerfully through the events and people in our lives…forming and shaping the rest of us, one-day-at-a-time into unique expressions of God.