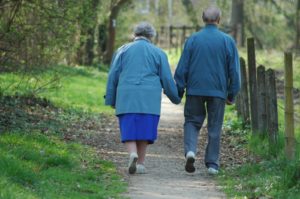 In the late 1970’s, Sangamon State University used to sponsor a Left Bank, crunchy, Bohemian-style film series.  The movies featured in the stadium-style lecture hall fit squarely within that genre designed to cause Dead Heads to lift their blood shot eyes and exclaim, “Oh Wow!”

I watched, and slept through a handful of those art house offerings thanks to my avant-garde, alternative-radio-station-listening best friend, Dan Jarrio.  Stanley Kubric seemed to be a favorite amongst Springfield, Illinois’ movie-going intelligentsia.

Just before dozing off for the final three hours and fifteen minutes of the snoozer, I caught that part of “2001, a Space Odyssey”(1968), in which a band of apes discovered an alien obelisk (i.e. a gleaming, humming tower, conferring tool-making capabilities on chimps, visiting from outer space).  The famous musical score woke me up just long enough to see Stanley Kubric’s depiction of the genesis of the human species. In Kubric Universe, some beneficent aliens gave our simian ancestors a little evolutionary boost that propelled our species toward the next million or so years of human development.  “Oh Wow!” I exclaimed just before dropping back into hibernation.

In this Sunday’s First Reading (Genesis 2: 18-24), the author of Genesis took the audience back to the human race’s first “Oh Wow!” moment.  The brief little clip showed God giving our species a major boost in the right direction.  Having incorporated the Book of Genesis into the canon of the Torah, the Hebrew people would forever leave polygamy in their rearview mirror.  Henceforward, for God’s chosen people, two would become “one flesh.”

A colleague of mine (i.e. David Schnarch) has maintained that the human races’ shift to monogamy has accounted for much of the positive innovation in our species, including the growth of the cerebral cortex (that uniquely human part of the brain responsible for higher learning, and higher loving).  Schnarch’s view goes something like this.  Most theories of evolution have maintained that necessity is the mother of all genetic innovation in a species.  Prior to monogamy, when the going got tough in a relationship, the more promiscuous members of our primate family tree would simply scurry off for a different mating opportunity.  In this way they could avoid the pesky need to innovate, or develop.

According to an evolution-friendly reading of Genesis, God dropped his version of an obelisk into the midst of what would become the human race:  monogamy.  From that point forward, when the going got tough in a relationship, our ancestors would have to apply real intelligence in order to stay successfully bonded with their mate.  On the day when God introduced Adam to Eve, he mixed into the human condition a kind of leavening agent.   With the divine ingredients of fidelity and intimacy in the mix (i.e. marriage), every generation would be seeded with the necessity for ongoing development in order to survive as a husband, wife, family, community and species.

Needless to say, I am no evolutionary biologist.  But when I look at the humble data from my own life, it occurs to me that marriage is, in fact, a people growing machine.  It is in the crucible of my marriage where I bump into the limits of my own patience, charity, and courage.  It is within the context of marriage and family living where I most fully encounter a personal poverty that causes me to open my empty hands in prayer to receive what my marriage and family requires me to give.

Is there a signature issue in your marriage or family that causes you and your spouse to bump up against the limits of your own humanity?  In moments like these, it is easy to argue for the rectitude of one’s own position, and the right to remain unchanged.  But would you be willing to allow the grace of your marriage to transform you?  Would you be willing to reframe this issue as an ongoing divine invitation to evolve into a more spiritually and emotionally mature version of yourself?