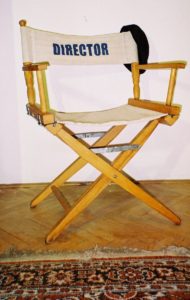 In the early 1990’s Hollywood instituted the tradition of picking up discarded film off of the editing room’s floor, and splicing it onto the end of a movie as a kind of dessert after the main course of the film.  When a movie saves this footage that usually includes funny little mistakes, the audience often gets a clearer picture of the real personality of the actor than one would get merely watching their stage-craft in the film.

Have you ever noticed that the Christian scriptures, has left in all of the outtakes?  This Sunday’s Gospel (Matthew 16:  13-20) was a great example of that.  We heard Peter’s famous profession of faith, and Jesus’ proclamation that henceforward Peter would be the rock upon which the Church would be built.  So far so good if the passage would just end there.  It doesn’t.  If this Sunday’s selection continued three more verses, you would have caught this outtake.

Jesus went on to explain the core of his identity as a Messiah who would empty himself out through fidelity to his own mission, including the inevitable suffering that would result (Mt 16: 21).  Suddenly, Peter broke in, and interrupted like one of those clowns on a unicycle with a fat horn honking (Mt 16: 22).  He attempted to correct Jesus’ flawed understanding of his own mission.  In response, Jesus called Peter “Satan,” and ordered him to get out of his way (Mt 16: 23).

Just to switch metaphors for a moment, if you were to set Peter’s outtakes in the New Testament to music, you could compile a pretty descent Country Western album of greatest hits:  “I Don’t Deny that I Denied You…,” “Asleep When You Needed Me Awake…,” “That Sinkin’ Feeling….”  The list could go on.

If any of our modern-day celebrity handlers were around during the final editing of the New Testament, surely we would have ended up with a picture of Peter that would be more Charlton Heston than Jerry Lewis, or more Denzel Washington than Will Farrell.  The question is, why did the Holy Spirit inspire the authors of the New Testament to leave in the outtakes?   The answer:  because by leaving in the outtakes, it shows that there is room in this Church for people like you and me.

For example, as a mom or dad, are you aware of any of the mistakes you made in the course of your parenting?  This Sunday’s Gospel, (along with the outtake that showed up three verses later) are a proclamation that your infallibility is not the source of your authority—rather, like Peter, it is the twin graces of fidelity and humility that ground your authority as a parent.  Therefore, you do not have to be afraid to tell a son or daughter that you are “sorry” for a mistake you made while parenting.  As you model a rock-solidness in your humility, you can more effectively call your children to accountability for their own behavior.

As a husband or wife, have you ever denied your spouse through your own shortsightedness, or self-focus?  Your perfection is not the rock upon which your marriage is founded.  The foundation that supports your marital house is the infinite love of a God that calls you to own up to your humanity and work it out 70 x 7 times or 700 x7 times, or 7000 x 7.

Perhaps Purgatory for many of us will be a film session in which we have to sit through a showing of the outtakes of our life.  If this is true, I am convinced that at the end of my own particular film festival (excruciating long, I’m sure), I will notice that I wasn’t watching alone.  Eventually, I’ll look up to find a familiar face watching alongside me, with a knowing smile, inviting me to take a seat at the banquet table next to all of the others who are capable of  having a compassionate laugh at their own outtakes.