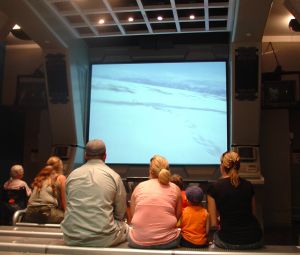 Anyone who has attended a made-for-children movie in the last fifteen years is familiar with the Hollywood trend of appending the “outtakes” to the end of a film.  “Outtakes” are those moments that take place during the filming process in which an actor or actress makes a mistake.  Normally these little bloopers are lifted out of the film and find their way to the editing room floor.  When a movie saves and includes them, besides getting an extra post-movie laugh or two, the audience also gets a clearer picture of the real personality of the actors or actresses.

After reading this Sunday’s Gospel (Matthew 16: 13-20), it occurred to me that the New Testament is loaded with outtakes.  In this Sunday’s selection, we heard Peter’s famous profession of faith, and Jesus’ proclamation that henceforward Peter would be the rock upon which the Church would be built.  So far so good if the passage just ended with verse 20.  But Matthew’s Gospel didn’t end with that scene.  Just a few sentences later, Jesus was dramatically explaining the core of his identity as a Messiah who would empty himself out through his own suffering and death.  Suddenly, in the middle of everything an outtake erupted.  Peter broke in, and interrupted Jesus like one of those clowns on a unicycle with a fat horn honking (Mt 16: 22).  He attempted to correct Jesus’ “flawed” understanding of his own mission.  In response, Jesus called Peter “Satan,” and ordered him to get out of his way (Mt 16: 23).

If any of our modern-day celebrity handlers were around during the final editing of the New Testament, surely we would have ended up with a picture of Peter that would be more Charlton Heston than Jerry Lewis, or more Denzel Washington than Steve Martin.  The question is, why were the authors of the New Testament inspired to leave in the outtakes?   The answer: by leaving in the outtakes, God was letting us know that there is room in the Kingdom for people like you and me.

If someone followed me around with a camera for a week or two, I can only imagine the number of outtakes (i.e. mistakes) they would capture while I was parenting, or husbanding.  This Sunday’s Gospel, taken along with the outtake that shows up three verses later, is a proclamation that your infallibility is not the source of your parental authority—rather, like Peter, the twin graces of fidelity and humility ground your authority as a parent.  Therefore, you do not have to be afraid to tell a son or daughter that you are “sorry” for a mistake you made while parenting.  As you model a rock-solidness in your humility, you can more effectively call your children to accountability for their own behavior.

As a husband or wife, have you ever denied your spouse through your own shortsightedness, or self-focus?  Your perfection is not the rock upon which your marriage is founded.  The foundation that supports your marital house is the infinite love of a God that calls you to own up to your humanity and work it out 70 x 7 times.

Perhaps Purgatory for people like you and me will be a film session where we’re forced to sit through a showing of the outtakes of our lives.  If this is true, I am convinced that at the end of that particular film festival, (however long and excruciating) we will notice that we weren’t watching alone.  We will eventually look up to find that the Lord was there all along.  And then with a knowing smile, he will invite us to take a seat at the banquet table next to all of the others who are capable of having a compassionate laugh at their own outtakes.