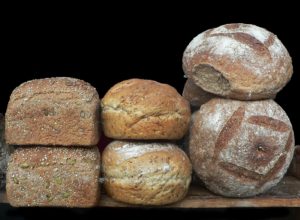 Gratefully, from her position in the front row, Annalise could not see her father imitating a Cuban cigar factory worker. Unconsciously, my hands were rolling, unrolling, and then rolling up my program over and over again.  From thirty feet away, she could not hear the staccato, “lub-dub,” “lub-dub,” “lub-dub,” of my nervous, tell-tale heart.  I sat ten rows back…immersed in a sea of three hundred local business and school leaders.  They had gathered together to create a future for a Saint Louis powered by sustainable energy.

Forty-five slow-motion minutes ticked off the game-clock before it was my thirteen-year-old’s turn to join the internationally acclaimed author on the speaker’s platform.  As she ascended those ten excruciatingly long stair-steps, I noticed that she had forgotten the notes for her presentation.

I closed my eyes for a millisecond to take a deep breath and to whisper a prayer for her.  In that twinkling of an eye, I saw myself vaulting, catlike, over ten rows of astonished audience members.  Once there, I reunited my relieved daughter with the script that she had absentmindedly abandoned under her vacant, front-row chair.

When I opened my eyes, the fantasy fell away, and there stood my willowy thirteen-year-old, hands hanging note-less-ly by her side.  Stage lights gleamed off of her braces as she silently took full measure of the three hundred adults awaiting what would happen next.

In truth, Annalise’s ascent to that stage began more than a year ago when a teacher recruited her with his vision of sustainable energy for her school.  Soon, she and four classmates were researching, and then presenting, a series of Power Point Presentations first, to her school’s “Building and Grounds Committee,” then, for the “School Board,” and finally, for the Mayor and City Council members of our community.  The vertical axis wind turbine, that now spins in front of her alma mater grade school, has generated innumerable kilowatt hours of empowerment in my daughter’s life, including her decision to major in a pre-law enviornmental studies BA program.

This Sunday’s account of “The Miracle of the Loaves and the Fishes,” appears in all four Gospels of the New Testament (Matthew 14:13–21,Mark6:31-44, Luke9:10-17 and John6:5-15).  The story is familiar to Christians and non-Christians alike.  Jesus taking pity on a hungry crowd, told his disciples to give them something to eat.  After taking stock of their resources, the disciples judged their stores of three loaves and two fishes to be insufficient.  They would soon discover, that what may seem inconsequential, has a way of becoming significant when it mixes with a divine power source.

After she was introduced, my introverted little girl took about five seconds of silence to make significant eye contact with five, maybe ten audience members all around the auditorium. Like, The Little Engine That Could, Annalise seemed to be picking up a kind of momentum from the encouraging faces she encountered.  Her smile grew with each silent contact.  Before she uttered a single word, the charmed audience let out a pre-verbal, but nonetheless, audible, sound of support.  And then came the words.

Without the weight of a script holding her down, Annalise was simply sharing her story and her passion. She invited the audience to disregard notions that she and her generation were the future of this world. “With problems like man-made global warming facing us, this world cannot wait for me or my generation to grow up.  Our time to dream and act is now!  Our time to support and work with each other is today!  Our time to bring a new sustainable future into reality is this very moment….”

The combination of her powerful words, and the audience’s response somehow caused a rift in the time-space continuum.  One moment, I was looking at a poised thirteen-year-old.  In the next, I blinked my eyes, and there stood a shy, four-year-old version of that same girl whose quiet, socially backward ways used to cause me concern.

In that brief moment, I was reminded of my ongoing prayer for my first-born child, “God please give Annalise a voice.”  At every single beginning-of-the-new-school-year conference, starting with pre-school, I would tell each teacher what I wanted for my little girl in the upcoming year. “My goal for Annalise, is that she would find her voice in your classroom.  Will you make that your priority as you work with her?”

As I tuned back into the current version of my daughter, I felt something silent, warm and wet rolling down my cheeks, chin and neck.  These were the contrails of grace.  They were the visible outward signs of an inner realization that a thousand prayers had somehow been answered.  There, in the anonymity of my theatre seat, a knowing arrived.  Through the years, the loaves and fishes had silently been prepared. Through a thousand miracles of mentoring, through the efforts of parents, teachers, coaches, aunts, uncles, brothers, and sisters…God had multiplied the loaves and the fishes within my daughter.

Across our globe, every father worthy of that name whispers the same prayer for his children.  He prays that there will be enough to sustain them.  As the audience stood to honor my daughter at the end of her talk, I could feel, down in my bones, that the One who multiplies had seen to it that there would be more than enough for my little girl.

Post Script:  Nine years later, my daughter has chosen to take two gap years between college and law school.  She will teach materially poor inner-city elementary school students in Memphis.  The gifts she received all of those years ago, she now will give as a gift.  The loaves are prepared, the fish are in the basket.  It’s just a matter of time before they multiply in the heart and mind of some child whose father or mother has been praying that somehow, someway, somebody will help a little girl or boy find a voice.

One Reply to “Loaves and Fishes”