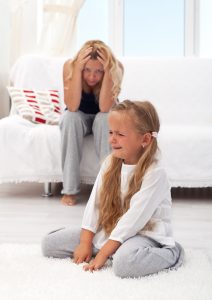 In this Sunday’s Gospel (Matthew 11: 25-30), Jesus, once again, asked the reader to look into the Kingdom of God through the eyes of a child. Throughout the Gospels, Jesus’ favorite props for his sermons were children. It seems that there must be some attribute of childhood that uniquely opens one to the experience of holiness.

I can easily get with Jesus on this proposition when I am watching kids in Hallmark- greeting-card-style T.V. commercials. You have seen these. A special lens is placed on the camera to give the little cherub a kind of warm glow. The scene opens with a little dialogue between a parent and their youngster. The little philosopher/poet says something with that precious little five-year-old lisp that causes the cinematic parent to spontaneously drop everything for a hug. As the music swells, the camera frames a scene that is so sweet that it could make Clint Eastwood reach for a tissue.

If you are a parent, or just someone who intimately knows at least one child, do you ever imagine what goes on when they turn the camera off? With the jaundiced, crusty old eyes of family-life under my belt, here is what I see. The soft, tender music suddenly winds down like an old record player running out of RPM’s . The minute the director says, “That’s a wrap!,” the child reminds all the adults in the room who struck the deal with him that now is the time for the treat or amusement that had been promised if he would “just sit still” and act cute for five more minutes. I imagine a little whining, a little demanding, a rebuke that reminds the little Mussolini that tyrants do not generally get the rewards they want.

Dostoevsky once said that, “Love in action is a harsh and dreadful thing compared to love in dreams.” A real parent knows the truth of that statement. When I honestly contemplate the phenomenon of a real child in action, instead of the cinematic child-cherub of someone’s dreams, certain memories come flooding back to me. I am reminded of the day when the four-year-old version of my son mastered the art of cupping his hand over his armpit to form a perfect pocket of air. I recall that moment of glee when he understood that he had cracked the code. He could now embarrass his parents at will with a single flap of his arm. I remember the long, long walk down the center aisle of my church on the way to the restroom. My son’s new-found skill was on display as he flapped his arm like a proud rooster providing a kind of musical accompaniment as we marched to the one room in the whole building where noises like these were considered appropriate.

When I take Jesus at his word, and earnestly contemplate my children, a cascade of events show up collage-style in my imagination. I am thinking of grocery-store melt-downs. Even now, I am wincing as I relive my youngest daughter’s ability to shriek like a Humpback whale who was separated from the pod. I am seeing the sideways glance of the stranger in a restaurant beholding my child’s public misbehavior that makes me feel strangely as if they were the parent, and I was the misbehaving child.

From my own distant past, I can remember when my kindergarten brother somehow learned that very special word that would make even the most “Oprah and Dr. Phil-informed” parent reach for a bar of soap or a paddle. At a family reunion, like a rhetorical alchemist, he was skillfully transforming that flexible word from one gramatical form into another. “Look at me,” he seemed to boast to a random uncle, aunt or grandparent, “I can make it into an adverb! No wait, here it is…but now, it’s a verb! Hold onto your hat, …for my greatest trick, now it’s a gerund functioning as an adjective!” Perhaps in the remembering I exaggerate, but not by much. On that day, my brother Bobby was generously sprinkling his newfound treasure of a word into almost every sentence he uttered (e.g. “I’ll take a _ _ _ _ _ _ _ piece of watermelon too!”) I can recall the look on my mother’s face when she came to the awareness that her son was a walking “R” rated movie.

I doubt that children have changed that much in 2000 years. My guess is that when Jesus chose children as his homily props, he was not deluded by some idealized Hallmark version of who they were. I believe that Jesus saw in children a perfect antidote to adult grandiosity. Just when we adults are taking ourselves too seriously, just when we think we have “arrived” at real maturity, these little miniature people have a way of exposing what is unfinished within us.

C.S. Lewis once wrote that our God is not a tamed God. God is unpredictable. There is nothing like a child to interject a note of unpredictability into our well-ordered lives. In their “un-tamed-ness” children have a way of making space for an awareness of the untamed presence of God.