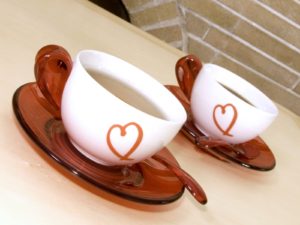 Twelve years ago, when my mom still drove, and my son was still shorter than me, I talked my mom into driving the hundred miles down I55 to watch her eight-year-old grandson play soccer on his birthday weekend. I suppose it was the combination of grandparents, and birthday, that made it that much more poignant when the real John Harry failed to show up for his game.

Coach Jim immediately noticed the look-alike imposter who wore my son’s uniform, smile, and haircut, but failed to imitate my son’s usual performance. By raising his pitch and volume, Coach Jim fashioned out of his voice a powerful cattle prod. He must have hoped that, through the systematic application of auditory jolts, that my son would discover a hidden reservoir of effort. Eventually, when the repetition of Coach Jim’s aversive therapy failed to work, and the other team went up by a goal, John Harry got benched.

The car of seven relatives on the way home got to hear John Harry’s account of his dip in performance. “It’s just that I was afraid of my coach. I was scared that if I made a mistake, he would yell at me some more. That made me not play very well.”

A scene from my own sports past flashed before my eyes. In my Sixth, Seventh, and Eighth Grade role as “point guard,” I styled myself after that Seventies star, “Pistol Pete” Marovich. I loved behind the back passes, and fancy dribbling moves. I also loved to win. One week, during a practice scrimmage, Coach O’Keefe decided that we would learn a new way of running a pick and roll. He showed us the new method, handed me the ball, and instructed me to run the play. I reasoned that I would execute the play during the course of our scrimmage, but not now, because practice squad opponents also heard his directive. They would be waiting for it. I kept my playing cards close to my vest concealed from the practice squad, as well as my coach.

Coach O’Keefe was not impressed with my strategic thinking. Suddenly, great green bulging pectoral muscles ripped his shirt. The veins in his neck popped. The tile floor under his now bare feet buckled under the weight of several tons of tumescent muscle. Coach “Hulk” O’Keefe howled, “Wagner, who told you to throw a #$@ behind the back pass?” After he concluded his tirade, he glared at me with a look that said, “The sooner we can throw this rotting fish out of here, the better.” He snarled again, “Sit down! On second thought, you’re going to sit down during this weekend’s game too.” My dry mouth attempted to formulate the words, “I didn’t intend to disobey you. I just wanted your play to work better when they weren’t expecting it.” Somehow, against the backdrop of his towering rage, my words sounded anemic—like an excuse—like maybe he was aware of some unconscious motive in me that I had missed. I stopped myself mid-sentence and sat my four foot-eleven inch frame down. I looked for recognition and support in my buddies’ eyes. They averted their gaze like boys who wanted to play next Saturday.

I never started again for the remainder of my Eighth Grade year. Whenever my coach saw fit to substitute me into the game, I would try too hard to impress him. My focus was on his approval rather than my own game. The loose, and playful skills I used as point guard over the last three years eluded me.

In this Sunday’s Gospel (Mark 10: 35-45), Jesus was presented with a couple of brothers (James and John) who wanted to be on his first string. Jesus asked them if they could “drink the cup I drink?” With this metaphor, I believe he was asking, “If you want to sit on my left and right hand, are you willing to develop a deep intimacy with me—to go where I go, to do what I do—up to and including the sharing of my mission?”

As a counselor I regularly coach parents who come to me when their kids are having trouble. In these situations, there is one question that I invariably ask: “Are you willing to drink from the same cup as this child we’re talking about?” In other words, “What are you doing to grow and deepen the connection with this kid?”

When I saw my son silently sulking in the back seat, after the game, there was a part of me that wanted to go all “Coach O’Keefe” on him. “Hey, suck it up! Don’t you think you’re going to have bosses and coaches like this guy in the future?” Instead, I listened to the little Eighth Grade boy inside of me who had been benched. That part of me knew just what to do. I chose to drink from my son’s cup. I did my best to listen with empathy. Later, I offered him a drink from my cup. I shared with him my Eighth grade story. My connection with him gave me some credibility. Together we strategized about how to handle the Coach O’Keefe’s of this world in general, and how to respond to Coach Jim specifically. He decided that he would try to give himself encouraging messages during games so that his coach wouldn’t scare him with his yelling.

John Harry’s strategy must have worked. Years later, I watched him anchor his high school’s defense as he won state. As a sophomore in college, soccer is in the rearview mirror. Now, like his older sister before him, I enjoy watching him anchoring the 4×400 and running the 800 meter for his university track team.

Forest Gump had it right. CYC coaches, like life itself, is a box of chocolates. You never know what you’re going to get. The invariable prescription for joyful living in this world of variability may be found in taking the time to lean into deeper, closer relationship.

Are you willing to take a page from the playbook of the Divine Coach? The key to any relationship is the willingness to decrease the distance and to take plenty of time to drink from the same cup.