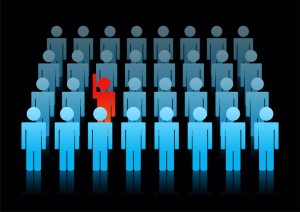 The seminary was a great place to find an argument. Located under the same roof were scores of idealistic young men with strong opinions.  These were men accustomed to hearing their own voices…men unafraid to take up large blocks of conversational real estate…men who could do with words what Jesus Christ once did with loaves and fishes.  These were the men who would one day occupy the sanctuaries and pulpits of Midwestern America.  Like wolf pups in the wild, sharpening their future hunting skills with their play, these homilists-to-be would verbally teethe on whatever local, global or ecclesial issue that was tossed into their environment.

I was not immune to the intoxicating allure of these verbal jousting matches—especially when John Barnett got involved.  When a topic would arise, John and I were like a Metro-Link train powered by the combination of alternating positive and negative electrical charges (I, naturally, provided the positive charge.).  We would start off slowly and casually.  But once on board the train, the conversation would begin to grip us.  Voices would frequently rise.  Faces would flush.  Those hoping for peaceful dinnertime conversation (or hoping to get a word in edgewise) would politely drift away.  Sometimes we would take a break and come back hours later with another “brilliant” example that was going to show the other how dreadfully inept his position had been.

To this day, I would bet a paycheck that if John and I were in a room together, and I happened to casually mention the word, “Black,” he would respond immediately with the word, “White.”  John and I disagreed about most things.  But the most important thing to know about John Barnett was that he had a good and decent heart.  After the conversation was over, John was my friend.  He was capable of acknowledging our common humanity underneath our disagreements.  He was unwilling to place me in the cold and lonely category of, “the other.”

This Sunday’s Gospel (Mark 9: 38-43, 45, 47-48) began with an account of John the Apostle’s concern over those people who he had determined were “the other.”  He was troubled that someone, who was not part of his group, had the audacity to perform a miracle in Jesus’ name.  When Jesus caught wind of this form of early Christian tribalism, he nipped it in the bud.

The tendency toward tribalism—an over emphasis on who is part of the “in” group, and who is defined as “other”—is embedded as deeply as original sin in the human soul.  To locate examples of this human tendency, just ask any high school boy or girl to take you on a tour of their lunchroom.  There you will find neatly organized tribes of adolescents.  In my day, the tribal names would include:  “The Jocks,” “The Brains,” “The Burn-Outs,” “The Motor-Heads,” and something we referred to as “The Groov-a-trons” (later known as “The Preps”).

As adolescence slipped into adulthood, I took a job with a large health care corporation.  The names changed, but the tribes remained.  Instead of “The Jocks,” the top of the organizational food chain was occupied by a group called, “Senior Management.” “The Brains” included the folks who puzzled over all things computerish.  The “Motor-heads” were the ones with actual power.  They were the group who kept the facility going with their expert knowledge of all the machinery and supplies.  In the lunchroom, they laughed the loudest and told the funniest jokes.

Our country seems to be separating itself more and more into tribal territories.  The Internet, along with other avenues of mass communication, once held the promise of linking us together into a “global village.” But, what seems to have occurred over the last decade is that these rivers of communication, intended to connect us, appear to have cut ever-widening channels between us.  Direct and immediate access to people who think exactly like we do now prevents us from joining in conversations with folks (like my friend John) who see things from a different point of view.  Comfortably ensconced within groups who think, speak, and act like me, I can begin to make two-dimensional caricatures of those who occupy the space designated for “the other.”  Neatly sorted out and separated from one another, just like a high school lunchroom, one group makes assumptions about the motives and behavior of “the other.”

Perhaps if someone could have separated John Barnett and me, lunches and dinners would have been far more peaceful.  But an opportunity to be stretched would have been lost.  By calling out his disciples on their tribalism, this Sunday’s Gospel reached down into the core of our faith Tradition and held up one of our essential values.  The name we call ourselves, “Catholic,” means “universal.”  Our tradition believes that the lunch tables in the kingdom of God are big enough to include all of the Jocks, and Brains, and Burnouts, and Groovatrons, and Motor heads, and people like you and me.

This week will you take up the challenge to be more catholic?  Will you emulate the behavior of my old friend, John Barnett?  How’s about sitting at a different lunch table than usual, and choosing to see the common humanity in the sister or brother who is so “other” than you?