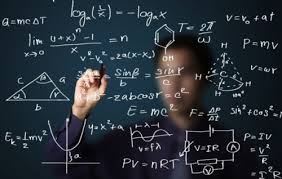 When I was in grade school, my classmates had Gary Knoedler all figured out.  Some childhood illness, or complication at birth led to a deformation in his legs and a slight complication in his speech.  His front toes practically met in front of him as he pulled himself along in a bobbing, wobbly gate.  Trouble was, Gary hadn’t gotten the memo that was circulating around the school.  He thought he could participate in all of the activities available to any boy in our class…including sports.

That memo, sent in a hundred small ways, led to Gary being picked last for sports.    It led to the cartoonish nickname that was slapped over the top of his disability: “Crazy Legs,” Knoedler.  Gary’s physical challenges occupied the same area of boy consciousness as Bugs Bunny, and the Road Runner.  Lacking the empathy that would develop somewhere around second semester of junior year in high school, his classmates regarded him as though he were a two-dimensional animated feature.  There was no malice intended.  When laughter fell upon him, the assumption was that he would recover from it like Wiley E. Coyote shaking an anvil off of his head and moving on to the next episode.

Trouble was, Gary was not a cartoon.  Many episodes later, he failed to show for our ten- year high school class reunion.  His father later explained to my mom that Gary’s suicide note contained the message that “If I knew why I was doing this, I probably wouldn’t be killing myself.”

I had been out of touch with Gary for almost fourteen years, so I couldn’t pretend to know why he “did it.”  I suspect that the immediate cause probably had something to do with an episode of severe, intractable depression.  But there is a nagging question in the back of my mind.  I wonder if any of my old soccer, baseball, and basketball buddies entertained a similar question?  Could it be that Gary’s death had any distant connection with the way his colleagues had him all “figured out” in grade school?  Could it be that the narrative box his classmates used to frame Gary’s reality all those years ago became a fixture in his consciousness at an early age?  Did that box eventually become too confining for him?

In this Sunday’s Gospel, (Mark 6:1-6) Jesus’ grade school classmates apparently had their old buddy “figured out.”  To them, Jesus was the boy who would one day inherit his father’s carpentry business.  They had affixed their narrative frame firmly around him.  The passage concludes with the sorry news that Jesus was unable to do much good for any of them.

There is an old saying that “Seeing is believing.”  Invert the word order and that aphorism takes on richer layers of meaning.  “Believing is seeing.”  The beliefs and assumptions we carry around within us act as lenses through which we view our world.  As we scan the perceptual horizon that is our life, we tend to unconsciously search for data that will support our underlying hypotheses.

His old classmates had Jesus mapped out.  He was “The Carpenter’s Boy.”  That narrative lens prevented them from seeing what was most essential about Christ.  Their failure to question fixed assumptions diminished what they were capable of receiving from someone whose core mission had little to do with what he could accomplish with a plane and a lathe.

For many boys in my class, “Crazy Legs,” became the lens through which they viewed Gary Knoedler.  The landscape of resilience, intelligence, interests, strengths, gifts, and weaknesses did not make it onto their maps about Gary.  They saw only what their vocabulary about him allowed them to see.  He was reduced to two legs that failed to function properly.  In their certitudes, they missed an opportunity to be enhanced by this young man.  Perhaps their confining frame of meaning was a part of what robbed the world of a chance to be enriched by the unrepeatable gift of Gary Knoedler?

Inspired by this week’s Gospel, can you nurture a healthy sense of skepticism relative to your assumptions?  When your narrative about someone—even public figures— is particularly skewed in a negative direction, I invite you to hold that assumption in your hand at an arms length.  Reflect upon that person for a moment.  Then give things a mental half-turn to see if there may be something that you missed just on the other side of your certitudes.  Perhaps your cock-sure frame of meaning has become a confining box that is preventing someone from stretching into the fullness of who they were meant to become?  Perhaps the lens through which you have always been viewing this person could be widened to capture something you have been unconsciously missing?  Will you ask the God of all creation for the grace to not have things so “all figured out?”