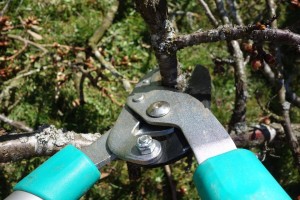 My kids know him as “Grandpa Richard.” When I met him thirty years ago, he was introduced by a different name. On a high school retreat smack-dab in the middle of a career in misadventure, I came to confess my sins to a young priest. He heard in my monologue of transgressions an underlying confession of goodness—a goodness that was hidden, not so cleverly, under several common adolescent disguises.

On that Saturday evening, God used Richard as a switchback to turn me in the right direction. Through the decades, my relationship with him has taken a few twists and turns. I have known him as a spiritual adviser. I have frequently placed him in the role of counselor. At times, our relationship has looked like father and son, and then older brother and younger brother. He served as both the priest and best man at my wedding. He has baptized all of my children and taken pride in his role as adoptive grandparent.

At this stage of life, Richard and I are peers. Even if we don’t speak to one another for long periods of time, just knowing that he shares the planet with me makes Earth feel more like home.

This Sunday’s Gospel (Luke 10: 38-42) described a family that made Earth feel more like home to Jesus. Mary, Martha, and their brother, Lazarus’ home in Bethany was a place where Jesus could get away to rest and recharge. This week’s Gospel passage was placed immediately after last Sunday’s “Good Samaritan” reading. It is as if the Gospel writer is using Jesus’ get-away as an example of what a Good Samaritan ought to do after the heavy lifting of mercy and service. We need to get away and hang out with those who refresh and recharge us—people who are home to us.

It seems to me that a central characteristic of being at home is the capacity to let one’s hair down. When I say that I am “at home” with someone, it means that I am known by him or her—not just in my strengths, but in my idiosyncrasies as well.

Jesus’ intimacy with the Mary-Martha-Lazarus family was fully on display in this week’s passage. Mary and Martha felt no need to pretend, and to hide the friction between them. This was not the kind of guest where you put on your make up, and your best behavior. The two sisters felt free to be who they were in Jesus’ presence.

If you get close enough to anyone, your peculiarities and their idiosyncrasies will begin to rub up against one another. A kind of friction will result. One of the byproducts of closeness is annoyance. It is one of the hallmarks of intimacy.

At one point, toward the end of senior year in high school, I thought I was in love. While on a walk with Grandpa Richard, he asked me, “What annoys you about her?” In my crackling pubescent voice, I said, “Nothing! She’s perfect!” After a moment of silence he responded, “Then your love for each other hasn’t matured yet.” What Richard knew was that my girlfriend and I hadn’t been together long enough to be truly known by one another.

Since that conversation thirty years ago, Grandpa Richard and I have gotten close enough to reveal those parts of the self that annoy one another. He has seen those sides of me that one wouldn’t think of when they hear the words, “Dr. Tom.” As a result, his presence in my life has made me a better husband, father, counselor—he has made me a better me.

Examples of this closeness-resulting in-annoyance dynamic can be found in the most unexpected places. I have already mentioned the examples of romantic relationships and best friends. Adult children who have taken on the role of primary care-giver for a diminished parent know the reality of this dynamic. It is almost axiomatic: “If they are driving you crazy, you must be loving them pretty well.” It is the parent most closely accompanying a child through their development who experiences the sparks of conflict.

Who in your life loves you enough to be annoyed by you? With whom do you let your hair down, and allow them to see you not only in your strengths, but in your weaknesses, and idiosyncrasies as well? Has it ever occurred to you that a certain amount of annoyance is one of the signs of real intimacy? Who makes this planet feel more like home to you?

One Reply to “Sacred Annoyance”